As the MeToo movement swept across the United States and around the globe, gender-based violence became a focus for women and men, with some victims suffering from situations going back decades.

The uptick in the number of people coming forward to talk about their particular situations and to take legal action has been marked by news stories as well as increasing new cases in the courts.

During this time, the Pace Women’s Justice Center has been at the forefront of activity in Westchester County, having recently moved to the former Student Life Center on the Pace Law School Campus in White Plains. Featuring a new walk-in clinic, it is the first of its kind in Westchester and Putnam counties, providing free legal services without an appointment in a warm and welcoming space, to victims of domestic violence, sexual assault and elder abuse.

The clinic is considered a safe alternative to PWJC’s satellite offices in the White Plains and Yonkers courthouses for clients who are afraid to go to the court personally to inquire about the legal merits of their case.

Cindy Kanusher, executive director of the center, told The White Plains Examiner in a recent interview that 95% of the clients served are women and that they do offer help to men as well.

Kanusher said the MeToo movement has definitely affected the work the center does and the number of people coming in, which has been on the increase for a while. The center serves over 3,000 clients a year.

It opened 30 years ago dealing primarily with domestic abuse and recently has done outreach to college-aged women who are victims of sexual assault.

“The MeToo movement is not about domestic violence, but violence to women, and sexual harassment in all walks of life,” Kanusher explained. “A lot has changed since the 1980s.”

In the 1980s the Violence Against Women Act was passed and federal money was made available that flowed to the states.

“Family justice issues were not taken seriously until the Act was passed,” Kanusher said. “With money flowing from the federal government, family justice centers were funded. People became educated about domestic violence and police were trained differently and began a different type of policing.”

But even with better education and better response, gender violence is still a big problem. There is not that much of a change, Kanusher advised. “One in four women will experience some form of sexual abuse across all backgrounds.”

At the root of the problem is control and one person feeling they have the right to control someone else.

The center provides legal services free of charge on those cases they have reviewed and determined eligible. They work with other agencies such as Hope’s Door and My Sisters Place by introduction and referral to help women through the counseling and safety aspects they need once legal action has been taken. If, for example, an order of protection is granted, on the same day the center will work with other agencies by referral to ensure the client’s safety once court papers have been served.

The clients come from a broad range of economic and cultural backgrounds. “Women often do not have access to money in their marriages,” Kanusher said. And wealth, or lack of it, has nothing to do with it. “It is about power. About getting your power back.

When problems get severe, it is not easy to say ‘I am leaving and taking the kids.’ Some women do not have access to funds to help themselves. It gets very complicated.”

Over the years, Kanusher explained the center has tried to do a lot of educating, but she is not sure how successful education alone has been.

Kanusher recalls a recent inquiry where one woman went to the courthouse to seek help and was referred to the walk-in clinic. She felt she had no options. Her husband had put cameras in the home, a tap on her cell phone and a GPS monitoring device in her car.

“Often people feel they have no options and are not sure if stalking behavior in a marriage is illegal. Well, stalking is stalking, Kanusher stated. “Spouses have rights as individuals.”

One area where Kanusher has seen an increase is with immigrants who are afraid to ask for help because if they do, they fear they will be asked about their immigration status and that of their family.

Westchester County passed the Immigrant Protection Act, but that only applies to County employees and agencies. In the federal courthouse ICE is free to make arrests. “We have many calls coming in on the legal help line about this, especially referring to sexual harassment. You can legally go to court no matter who you are, but we cannot control the federal agency.”

Clients coming to the clinic for the first time will meet with a paralegal or an attorney for a 45-min to one hour long conversation – a free service. They will get advice. If it is determined the center will take on their case, all further help and work is also free. If the clinic does not take the case, then they will refer it out.

Kanusher feels strongly that work needs to be done at the local level for issues that are nationwide. She encourages relationships between the center and local businesses, especially those owned by women. “It is important for people to stand up and make a difference,” she said.

If you have a legal question regarding domestic violence, sexual assault or elder abuse you can call the Help Line at 914-287-0739. This is not an emergency service, you will be asked to leave a message and someone will get back to you.

If you prefer a face-to-face meeting then walk in to the clinic on the Pace Law School Campus off of N. Broadway in White Plains. 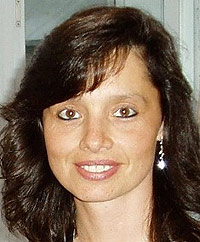