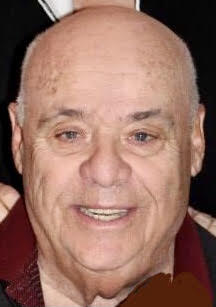 William W. Hershfield of Port Orange, Fla. passed away peacefully at home on Aug. 10. He was 85.

He was the son of the late Dr. Barnet and Beatrice Hershfield and was born on May 30, 1936, (the real Memorial Day) in New York City and grew up in Riverdale. His residences included Croton-on-Hudson, Yorktown Heights, Montrose and he retired to Port Orange in 1991.

Bill graduated from Brooklyn Tech High School, SUNY Albany, Sienna and New York University where he obtained a master’s degree. During his career as an educator, Bill worked at Hudson High School as a social studies teacher, at Croton-Harmon Middle School as a guidance counselor and psychologist, taught English to foreign-born students to obtain citizenship and had a private psychology practice.

Bill was married to the love of his life, Myra, for 61 years. He was a devoted husband, loving, caring father, grandpa and Grampy. He was predeceased by his parents; his brother and wife, Bernard (Sondra) Hershfield; and his son-in-law, Josh Daar. He leaves behind three children, Sheri (Josh) Daar, Michael J. (Rosalie) Hershfield and Joanne Iadarola; he was the proud grandfather of eight grandchildren, Rivka (James) Kinzer, Jacob, Adina, Baruch (Libby), Ora, Ronen and Mordi Daar and Michael D. (Adriana) and Nicholas (Jenny) Hershfield; great-grandfather to Hannah and Naomi Kinzer and Rose Daar; and lifelong friends to Ron and Linda Fiore.

Bill gave his service as EMT to the Yorktown Volunteer Ambulance Corps in Yorktown Heights for 20 years, holding many titles, including captain, was a member of the Knights of Pythias and coached girls’ softball.

Bill loved his family with all his heart and especially loved celebrating birthdays together. Among his greatest pleasures were long walks on the beach, swimming and watching the ducks at the pond. His love for history, and World War II in particular, took him around the world to Israel, Europe, Egypt, China and South America. Amsterdam, the beaches of Normandy, Las Vegas and Biloxi, Miss. were among his favorite destinations.

In lieu of flowers, donations may be made to St. Jude’s Children’s Hospital (www.stjude.org), the Yorktown Volunteer Ambulance Corps (www.yvac.net), The Jewish Federation of Volusia & Flagler Counties (jewishfederationdaytona.org) or the Port Orange Fire Department.