Skip to content
The White Plains Examiner
June 27, 2019 Pat Casey 890 Views 1 min read
We are part of The Trust Project

SPCA of Westchester Humane Law Enforcement Division (HLE), under the direction of Ernest Lungaro, in a joint investigation with the White Plains Police Department, arrested and charged Romy Goldsmith Shapiro, 40, of 25 Bank Street in White Plains with animal cruelty and abandonment of a cat.

On June 12, maintenance workers assigned to the trash compactor room heard noises coming from inside a black plastic bag. They quickly cut it open and discovered a black and white cat, alive, inside of a pet carrier bag. The cat, named Cotton, had fallen 20 stories down the trash chute, into the basement and directly into the trash compactor.

Cotton was transported to a local animal hospital for veterinary care and treatment.

White Plains Police responded to the location and notified the SPCA of Westchester’s Humane Law Enforcement Unit. The ensuing investigation conducted by the SPCA’s officers revealed that Romy Goldsmith Shapiro had put her cat down the trash chute on the 19th floor. It’s estimated the cat was in the trash compactor room for eight hours before she was discovered.

“It’s hard to imagine such a senseless act of cruelty,” said Shannon Laukhuf, SPCA Executive Director. “Miraculously, Cotton survived without any serious injuries. We are so thankful workers found her in time.”

If you suspect animal cruelty or neglect, call the Police or the SPCA of Westchester’s Confidential Animal Cruelty Hotline at 914-941-7797.

Founded in 1883, the SPCA of Westchester is a no-kill animal shelter located at 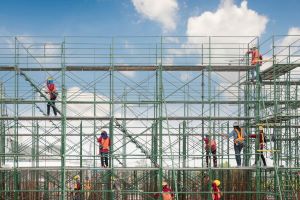