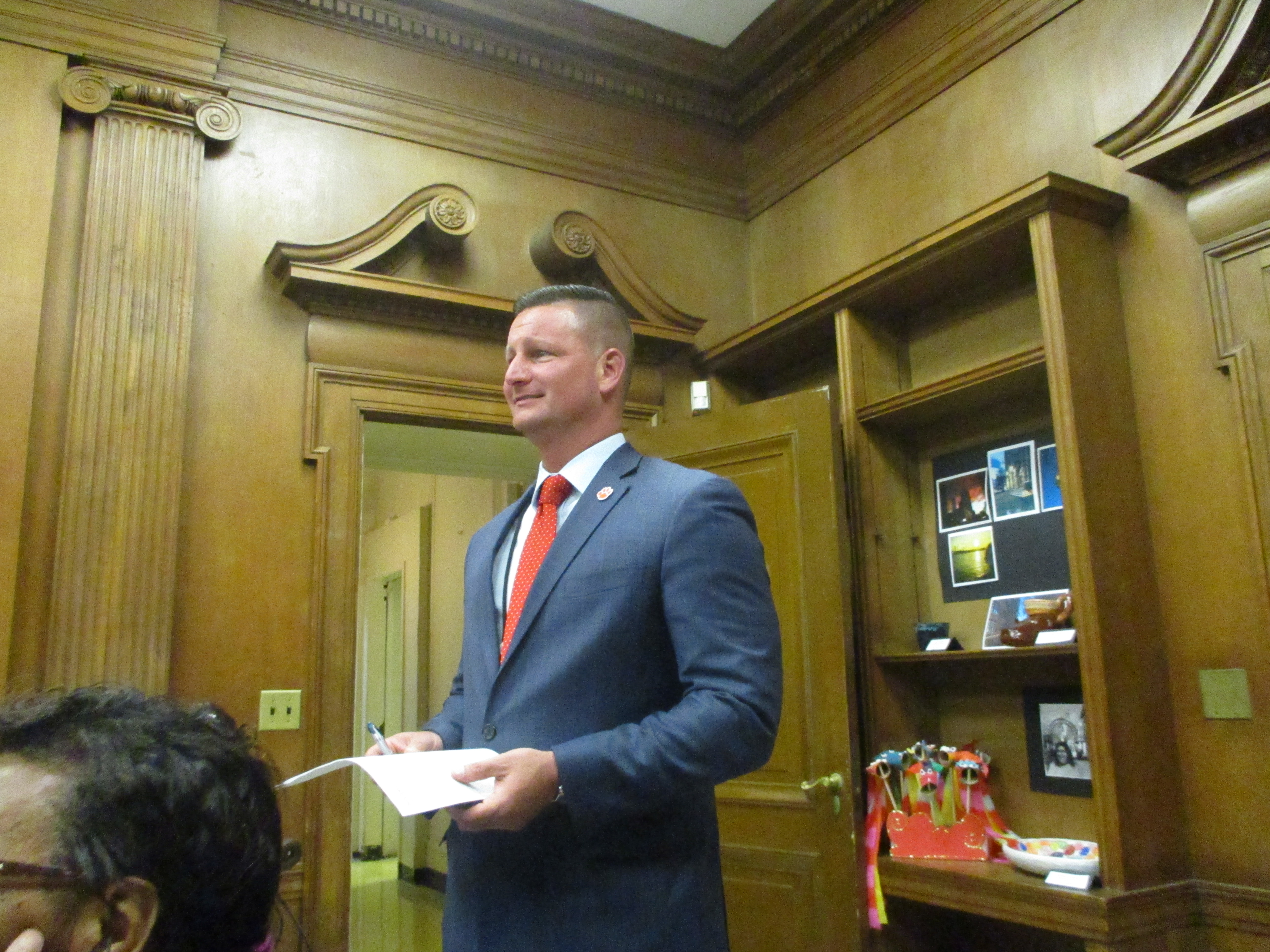 White Plains Superintendent of Schools Dr. Joseph Ricca waited for votes to be tallied for the proposed 2019-20 budget at Education House on May 21.

The 3.44 percent tax levy increase is the largest allowable hike for the district while still complying with the tax cap under the state formula.

The budget received nearly 86 percent support with the “yes” votes outnumbering the “no” votes by a margin of 949 to 159.

Moments after the votes were tallied at Education House, Superintendent of Schools Dr. Joseph Ricca explained why the budget and two other propositions were so overwhelming approved by district voters. “I’m extraordinarily grateful to the community for continuing to support our kids. White Plains has had a tradition of really putting children first and coming out and supporting them. So I’m just so humbled,” he said. “Putting forward conservative and responsible tax cap compliant budgets has been something that the board has done over the years in the tax cap era. We did it again. I think the results are indicative of the community’s support of that work and our schools and our kids.”

Voters also approved two propositions in addition to the budget by wide margins.

One of those propositions asked voter approval for the district to spend $6.4 million from its capital reserve fund to pay for improvement projects at Highlands Middle School and White Plains High School. The vote in favor of the proposition was 994 with 106 votes against.

Improvements will include work on the courtyard; new windows; lintels; repointing and lighting; and replacement of the artificial field at Parker Stadium. High school projects will include a new security vestibule ($175,000); replacement of the electric service ($1.5 million); pool building improvements ($890,000); additional funding for the public address system ($425,000); and artificial turf and drainage improvements ($1 million).

Voters approved the creation of the capital reserve fund in May 2016. Ricca said previously the district anticipates that by the end of the current school year on June 30 there will be a projected $15.89 million in the fund.

“It’s very exciting,” Norris, the board’s vice president, said after the votes were counted. “I really enjoy being on the Board of Education.”

“I still have such tremendous passion for the district, as does Sheryl Brady,” Norris said. “I think the district’s in really good hands with the superintendent and the cabinet. I’m really proud of what we do.”

“We and the administration have worked really hard on the budget to be fiscally responsible, but also to provide more opportunities for our students and this budget really reflects that,” Brady said. “I think our administration; our board members have gone out and really responded to the public about any concerns, answering questions. And I think that’s why the public’s behind us and the community’s behind us and the parents are behind us when it comes to the budget. “

“I am very excited to have been reelected,” Brady said. “I consider this to be the most important work that I do. I love being on the board and working on behalf of the students and the families in the school district.”