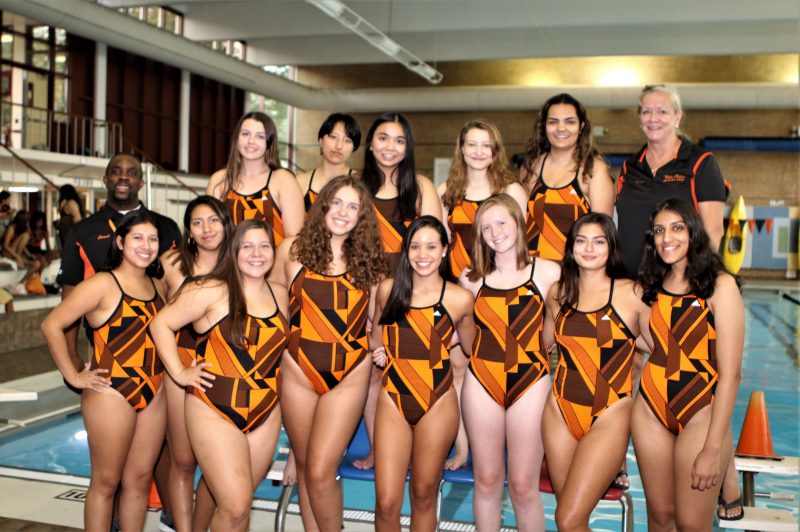 Besides her winning nature, the manner in which she leads the team is renowned as well, while creating a family atmosphere with discipline, love and motherly support.

“Swimming is not my first love, but this team is honestly such a good family and Coach Gil is like a second Mom to me,” expressed Margaret Caserta, one of the Team Captains.

The Lady Tigers made a big splash against Eastchester at home on Thursday, while winning the Meet, 92-77, to improve to 3-1 overall and 3-0 in their Division this season.

Sophomore Diver Lizzy Tirado excited the crowd with her back one-and-a-half pike dive and hitting the water in perfect form. Tirado won her event by a score of 214.95 with the closest Eastchester competitor more than 110 points behind.

Swimmer Ava Iannetta, who qualified for the States last year, placed first in two events. She swam the 100 Butterfly at a winning pace of 1:02.36 and won the 50 Freestyle with a time of 26.73. Seventh grader Claire Weinstein, a newcomer to the team, is proving her worth to Coach Gilmartin, while placing first in the 200 Individual Medley. Luisa Nierhoff had the best time in the 100 Breaststroke 110.85 and placed second in the Individual Medley. Nierhoff was a State Qualifier in the 200 I.M. and Breaststroke last season. 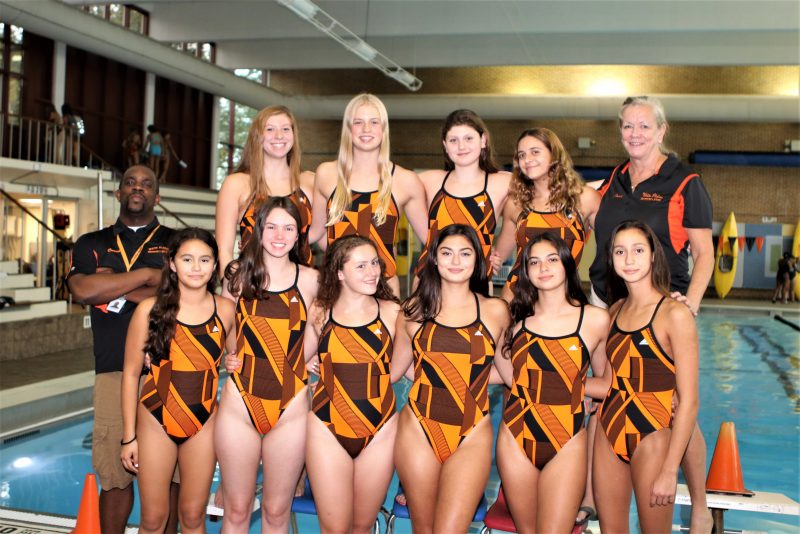 The Tigers Girls Swim Team has 73 members including three sisters. The Reyna sisters, senior Margaux, sophomore Salma and eighth grader Alexa are all outstanding performers in the pool. Alexa Reyna has already qualified for the States this season in the 500 and 200 Freestyle. She also set a new school record in the 500 Freestyle this season with a time of 4:57.70, while breaking her own record set as a seventh grader last year of 4:59.01.

Alexa placed first in 200 and 500 Freestyle versus Eastchester, while her sister Margaux, a Team Captain, placed second in the 50 Freestyle and third in the 100 Butterfly. The Reyna sisters are also major contributors in the Relay events. Alexa with Nierhoff, Iannetta and Weinstein won the 200 Medley Relay. Margaux joined her sister Salma with Tirado and Taryn Becerra to win the 200 Freestyle Relay against Eastchester.

“I think having my sisters on the team makes me a better swimmer,” commented the older Reyna sister Margaux. “I am more motivated to come and swim with them and I love being in relays with them.”

In 2018, the WPHS Girls Swim Team made six new school records, which are prominently displayed on the walls of the pool area. Besides, Alexa Reyna’s record in the 500 Freestyle, she also broke the record for the 200 Freestyle last season with a time of 155.06.

How does Gilmartin manage this huge 73-member swim team? Well, of course, she relies on her 33 years of coaching experience. But she also gives much of the credit to the girls. “I am so lucky, the girls are very cooperative and they really want to be here,” acknowledged Coach Gil. “We have a very strict set of rules and they understand the ramifications. They also do whatever they can to help each other,” stated Gilmartin, who has also been the Head Coach of the Tigers Boys Swim Team for 33 years.