Skip to content
The White Plains Examiner
October 25, 2011 Adam Stone Chess, Josh Colas
We are part of The Trust Project

Early in his childhood, when Joshua Colas saw his dad, Guy, sitting in front of his chess board, he had little interest in the game he viewed as just for grownups. That changed when he was seven years old and went to watch his father play in the World Open Chess Tournament.

“I saw a bunch of kids playing,” Josh Colas, now 13, recalls. “That’s when I got interested and asked my dad, ‘Can I start playing?’”

The answer from Guy, a longtime chess player himself, was an enthusiastic, “yes.” The rest, as they say, is history – which the younger Colas has been making virtually since he touched his first pawn. By third grade, he was the Westchester County champion. In fourth grade, he became a certified chess expert. He’s won four national championships and last year he made news when he became the youngest black Chess Master in the history of the United States.

Colas isn’t resting on his previous accomplishments. Earlier this month he was named to the 2012 All-American Chess Team – the third straight year he’s received that honor – and last year he competed in the World Youth Chess Championships in Greece, losing to eventual winner Yi Wei in a six-hour heartbreaker.

“I’m looking forward to playing that kid again and trying to win,” he said. “Trying to get revenge.”

The 2011 World Youth Championships will be held in Caldas Novas, Brazil beginning Nov. 17. While the top-ranked player in each age group has his expenses paid for, the second-ranked players and below have to pay their own way. Last June, White Plains resident Ray Ainsworth, the chess coordinator at the White Plains School District, established the Josh Colas Chess Fund to help support Colas’s pursuits.

“Since we started the fund last year, we got him weekly training at no cost to the family with some of the nation’s top Grandmasters,” said Ainsworth, who’s been helping Colas since he was in second grade. “He’s playing weekly against Grandmasters.”

Guy Colas, an accountant in White Plains, first took up chess 25 years ago at the urging of his younger brother. He immediately found he had a passion for the game and for some time kept getting better and better, playing in local tournaments. Before long, though, he found he had maxed out his potential. He was a good player, with a rating around 1700, but he was never going to be the next Bobby Fischer.

“I always wanted to be really good,” Guy said. “But I tried and there was a certain level I just kept hitting a plateau.”

He had high hopes that Josh, if he didn’t wait until his younger years were over to start playing, could be, at least, really good. It took some time, though, for him to develop any affinity for the game.

“I was hoping that he would like the game. At first he used to ignore me, and I wouldn’t push him,” Guy recalled. “He would listen, but I didn’t see any real interest until he saw all those kids playing.”

As soon as he started teaching his son the most basic moves, Guy said he saw some ability; Ainsworth said Josh was almost immediately the strongest player in his age group. Josh, though, said it took time for him to really embrace the game, even with his early success.

“At first it was boring,” he said. “Since my dad really liked the game, he tried his best to see if I could be good at the game. He just pushed me and made me try harder.”

Colas started out playing against his dad, practicing on the computer and studying chess books.

“When I first went to a tournament, it wasn’t that easy to win a game, because it was nerve-racking,” Colas said. “But when I got the hang of it, and my dad kept taking me to a lot of tournaments, that’s when the nervousness went away and I just got good.”

In his first tournament, the Manhattan Chess Days Open, Colas finished 10th out of 23 participants. The next month he came back and won the tournament.

“Immediately, it was there,” Guy Colas remembers. “The progression was coming up fast, real fast.”

Once Colas found his footing as a chess player, his star – and his player rating – began to skyrocket. He began winning tournament after tournament, with his rating shooting from just above 600 when he began competing to 1368 a year and a half later. In August 2007 he won his first adult championship, the Continental Chess Open, at the age of eight.

Two months later, USChess.org ranked Colas as the No. 4 player his age. In March 2009 Colas won the Westchester County Chess Championship (he repeated as champion a year later) and two months later he became a certified Chess Expert as his rating moved past 2000. That November, Colas went to Chicago and tied for the top score in the K-9 division of the National Youth Action Chess Championships, also winning the K-12 Saturday Blitz tournament.

“If you win that tournament you have a title,” Colas said. “You’re known to be good.”

In 2010, Colas’ accomplishments began to be noticed. He appeared on FOX5 in July. In December, after he became the youngest black Chess Master in history, he was named to the 2011 All-American Chess Team. In the city’s first Common Council meeting this year, then-Mayor Adam Bradley declared Jan. 3, 2011, “Joshua Colas Day.”

Looking Towards the Future

USChess.org now ranks Colas as the No. 3 player in his age group as he prepares for the World Youth Championships. He spends about two hours a day playing and practicing, often training online with Giorgi Kacheishvili, an accomplished Grandmaster. Guy still helps coach his son, though the days when he could give Josh a tough game are long gone.

Guy has been working especially on teaching his son how to finish opponents off once he has them on the ropes – an ability that eluded him in his loss to Wei last year.

“In the ending, one calculation can change the whole game, so we’ve been working on that,” Guy said.

Whether it’s speed chess or traditional (which he prefers), Josh said he likes to play tactically.

“That means I like to move my pieces all over the board and play interesting games,” he explained.

While being a chess pro isn’t as lucrative as being a top pro athlete, the best players in the world can still make a good living. For those one notch below the elite, though, the earning potential isn’t nearly as great, Guy explained. Josh said he’s weighed both the pros and cons of a chess career.

“That is something I thought about, but first I was actually thinking about finishing school,” he said. “If I’m really good at the game, I’ll think about having a career in chess.”

Josh, whose favorite subject is math, hopes to go to Harvard or Princeton. His goal is to win the Denker Tournament of High School Champions, which pits the best players from across the different states against each other, and earn a scholarship.

In June 2010, Ainsworth helped establish the Joshua Colas Chess Fund. Already, the fund has helped pay for Colas to go to last year’s World Youth Chess Championship in Greece as well as tournaments in Philadelphia, Orlando, Fla., Columbus, Ohio and Charlotte, N.C. Ainsworth also started a website, joshuacolas.com, with information on the fund and on Colas’ accomplishments.

“He’s been helping me since I was in the second grade,” Colas said. “I’ll never forget what he’s done for me.”

Colas said he’d like to go to Brazil next month and win, but he’d be happy with a top-three finish. His long term goal is to become a Grandmaster before he graduates high school.

“This kid has such a love for the game that it wouldn’t surprise me,” Ainsworth said. “He’s one of these kids whose parents don’t push him to play this game. He would play every night it he could.”

For more information or to donate to the Joshua Colas Chess Fund, visit joshuacolas.com. 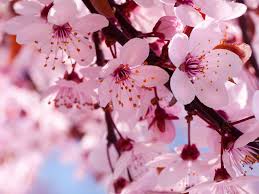