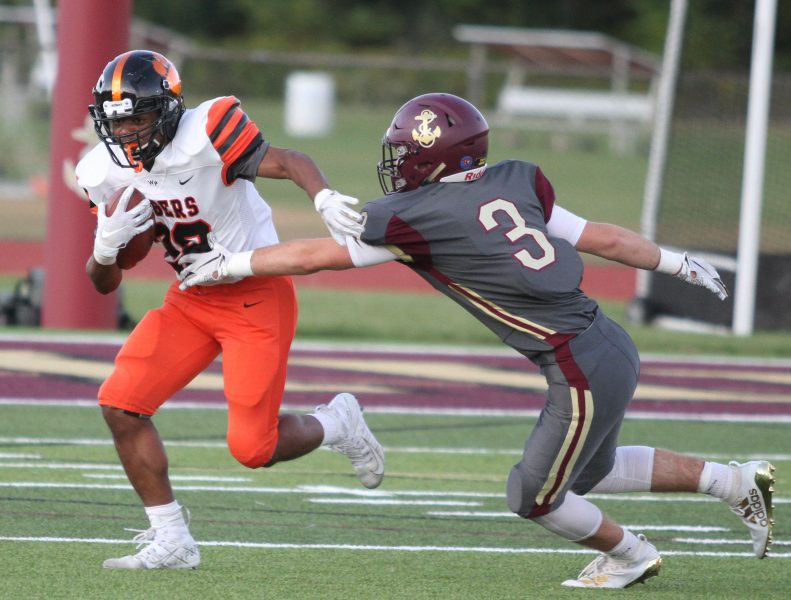 Shortly after a Christian Young touchdown late in the first half, it appeared that White Plains was going to take a two-touchdown lead into halftime when Chris McGuire scooped up a fumble on the ensuing kickoff and ran it into the end zone.

But the referees called the Arlington player down and the touchdown was negated.

The momentum completely swung in the Admirals’ direction as they dominated the second half, pulling away for a 23-13 win to hand the White Plains Tigers their first loss of the season.

“They said the runner was down and he never fumbled,” said White Plains coach Mike Lindberg, who vehemently disagreed with the call. “I saw that he was up and he was not down.”

Lindberg said, something needs to be figured out regarding the shortage of referees. He noted there were just four officials at the game while Our Lady of Lourdes only had three referees at their game.

“The kids deserve better than four officials because the officials just don’t see everything and they just really end up making some calls that don’t help the game,” he said.

Young bounced outside and jetted down the left sideline for a 57-yard touchdown with just over a minute left in the first half to put the Tigers up 13-7.

Arlington’s Tommy Gibson booted a 26-yard field goal with 5:41 left in the third quarter to cut the White Plains lead to 13-10. Kwincey Pease then found Aston McKenzie in the end zone on a third down touchdown pass with 2:54 left in the third to give Arlington a 17-13 lead.

The Admirals’ Gibson blasted a 40-yard field goal to stretch their lead to 20-13 with 9:52 to play. He then made his third field goal of the second half to seal the win with under a minute to play.

“Arlington is a big and physical team. They ran right at us,” Lindberg said. “They had a touchdown catch on third down and long and three field goals. As much as they moved the ball, when it counted we stopped them. Their kicker had a great night.”

White Plains’ offense struggled to move the chains in the second half. The Tigers ran just 13 plays to Arlington’s 37.

“In the second half, it seemed like any time we got some momentum, we got a penalty or some miscue,” Lindberg said.

Caleb Gillen’s 50-yard run set up Ben Finkel’s 14-yard touchdown pass over the middle to Josiah Harris midway through the first quarter. The touchdown tied the game up at 7-7.

The Tigers (3-1) will look to bounce back when they host Mamaroneck for their homecoming at 6 p.m. on Friday, Oct. 4. 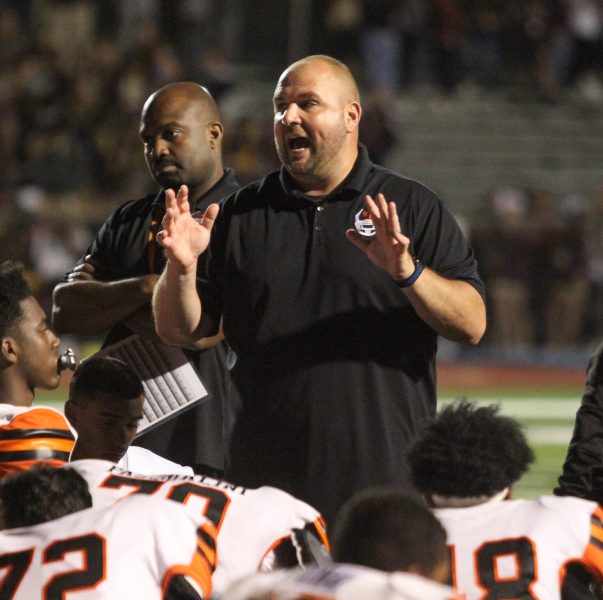 White Plains coach Mike Lindberg talks with the Tigers after the game.

“You take your losses, you watch film and you get better,” Lindberg said Friday night. “It’s not the end of the season; it’s the middle of the season. We’ve got three more games before playoffs. Go out, do what we’re supposed to do, take care of business and win those three games. Then hopefully we get a good seed and home playoff games. We showed that we can play with anybody. Now we make the corrections and now we put them away.”