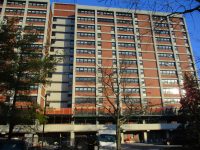 Media reports that the heating and hot water system at 86 Dekalb Ave., White Plains, was broken and not delivering heat to the building’s residents is not true according to Ed Cafasso of WINN property management, the company responsible for the  building’s maintenance.

Responding directly to a news report that residents did not have adequate heat  Cafasso told The White Plains Examiner, “That is simply not true.”

High wind chills and extremely low temperatures put a strain on the heating system and we could not get some rooms as warm as some residents would like, Cafasso explained.

However, the News12 story said residents of the building had called the media outlet to complain about the lack of heat and that the situation had been ongoing for three weeks. The report quoted one resident who said she had used her oven to heat water and another that a child had to be moved from a bedroom because he was shivering.

The only logged complaint received at 9 p.m. earlier in the week was responded to by the building’s maintenance supervisor, who lives onsite. “The bedroom temperature was 70 degrees and the living room 73 degrees,” Cafasso said.

The 13-story complex was susceptible to the high winds, causing unusual drafts at the aluminum-framed windows. Cafasso said the windows had been replaced a few years back and were not part of an on-going rehabilitation of the residences.

Cafasso further explained that a computerized system regulates the boilers and they were trying to get the right diagnostic equipment to make the system more efficient during the unusually extreme weather conditions.

Most residents of 86 Dekalb declined to comment when a reporter for The White Plains Examiner visited the building Friday afternoon.  He noticed that many in a program for children conducted in a room on the building’s first floor were dressed in winter coats and hats, as well as an employee in the management office. One resident, Isiah Graham, said he was been able to cope without heat by wearing winter clothing in his apartment. He added, however, that the cold has been a burden on the seniors who live in the building.

“The building during the recent cold spell had heat and hot water that exceeds code minimums. The building has had heat every day since the heating season began. We are not aware of any instance in which apartment temperatures dropped below code minimums,” the letter stated.

A community meeting is expected to update residents on the boiler work and status of the ongoing multi-million dollar occupied rehabilitation of the building.