Skip to content
The White Plains Examiner
January 11, 2019 Pat Casey
We are part of The Trust Project

The Westchester County Industrial Development Agency (IDA) announced Jan. 2 that projects it supported in 2018 will result in $881.4 million in private investment in the County’s economy.

According to an IDA release, the projects will create 2,680 construction jobs, 222 permanent jobs and 1,756 units of new rental apartments of which 97 will be affordable at 60 percent of Westchester County Area Median Income.

The majority of the projects supported are located within White Plains.

The projects will create more than 73,400 square feet of commercial and retail space. IDA incentives for the projects totaled $48.8 million.

“This past year we have seen significant gains for economic development in Westchester County. The financial incentives provided by the IDA will generate hundreds of millions of dollars in private sector investment in our county while creating thousands of construction and permanent jobs,” said Bridget Gibbons, Director of the Westchester County Office of Economic Development. “Several of the residential projects approved for IDA incentives are transit-oriented developments that appeal to the growing Millennial population in our region,” she added.

Locally, the major projects receiving IDA incentives in 2018 include:

The Broadstone, $223.4 million, mixed-use development on the corner of Mamaroneck Avenue and East Post Road in White Plains, featuring 434 rental units in three buildings and 8,000 square feet of commercial/retail space. Twenty-seven of the units will be affordable. The project is being developed by Lennar Multifamily Communities. Jobs created: 700 construction and 20 permanent. Total IDA incentives: $31.75 million.

The Collection, a $136.2 million mixed-use development in White Plains consisting of 276 rental units in two buildings on Westchester and Franklin Avenues. Seventeen of the units will be affordable. The project, which is being developed by Saber Chauncey WP, will have 24,526 square feet of commercial/retail space. Jobs created: 250 construction and 91 permanent. Total IDA incentives: $3.35 million.

City Square, $146.5 million development transforming the former Westchester Financial Center in downtown White Plains into a mixed-use complex. The project, which is being developed by Ginsburg Development Companies, includes renovation of Class A office space at 50 Main Street, new restaurants and retail space along Main Street and Martine Avenue and conversion of the office building at 1-11 Martine Avenue into 188 rental apartments. Eleven of the apartments will be affordable. Jobs created: 300 construction and 15 permanent. The office space retains 750 jobs. Total IDA incentives: $3.77 million.

Halstead Avenue, a $76.8 million mixed-use, transit-oriented development in downtown Harrison next to the Metro-North station. The project, which is being developed by Avalon Bay Communities, will feature 143 rental units, of which seven will be affordable, and 27,000 square feet of commercial/retail space. Jobs created: 410 construction and 8 permanent. Total IDA incentives: $1.35 million.

97-111 and 100-114 Hale Avenue, a $48.2 million rental project in White Plains featuring 127 studio, one-bedroom and two-bedroom apartments in two buildings of seven and eight stories. Thirteen of the units will be affordable. The developer is Hale WP Owner LLC whose members include Martin Berger of Saber Realty, the developer of The Collection in White Plains and the Rivertowns Square mixed-use retail complex in Dobbs Ferry. The development will include various green building features including a green roof on both buildings. Jobs created: 180 construction and 15 permanent. Total IDA incentives: $1.16 million.

101 Wolfs Lane, a $28 million mixed-use, transit-oriented development in Pelham near the Metro-North station. The project, which is being developed by MatriArch Development, will have 58 rental units and 7,370 square feet of commercial/retail space. Three of the units will be affordable. Jobs created: 144 construction and 26 permanent jobs. Total IDA incentives: $1.47 million.

138-158 Westmoreland Avenue, a $19.3 million mixed-use development in White Plains, with 62 rental units, of which six will be affordable, and 4,300 square feet of commercial/retail space. Jobs created: 40 construction and 16 permanent. The developer is Westmoreland Lofts. Total IDA incentives: $867,000. 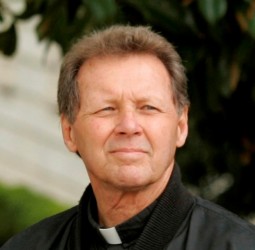 Grasslands Reservation to be Converted to Bioscience Tech Center