Skip to content
The White Plains Examiner
June 18, 2019 Neal Rentz
We are part of The Trust Project

Three Common Council candidates endorsed by the White Plains Democratic City Committee are being challenged by one candidate who did not receive the party’s nod in the June 25 primary.

Kat Brezler will face off against the endorsed candidates, incumbent Councilwoman Nadine Hunt-Robinson, who was first elected to the Council in 2014, as well as Victoria Presser and Jennifer Puja.

Brezler, who has been endorsed by the Working Families Party for the November general election ballot, explained why she is running for the Common Council. 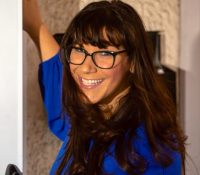 “I’m a public school teacher and I live here with my parents who are retired. They’re on a fixed income, and we’re not millionaires,” Brezler said. “But we see developers coming into our city, building luxury real estate rentals with not enough affordable housing and we’re concerned about how that will change the culture and diversity of our community. I’m reminded of the old adage, think globally, but act locally.”

Brezler said if elected her top three priorities would be to expand the city’s mandate to 10 percent for low income housing and 10 percent for affordable housing through guarantees in their payment in lieu of taxes agreements; creating an annual pass for residents and allowing zones to vote for overnight parking and developing a compost program for food scraps and building a community garden for Battle Hill.

Brezler said the city needs to do a racial and environmental impact study before approving new zoning changes. “Our diversity is what separates us from other communities and it is why people call White Plains their home,” Brezler said. “I take issue with the presumption that commercial and residential development is solely in the hands of the developers. White Plains is one of the most beautiful communities in the Hudson Valley. We know it, that’s why we live here. If developers want to come here they ought to pay their fair share. That means providing favorable commercial rent to our mom and pop retailers who have been here for generations.”

The city is too dependent on parking ticket revenues, Brezler said. “We should not be balancing our budget with parking enforcement. Instead of the county’s IDA giving tax exemptions for luxury real estate developers, mortgage and sales tax, that money should go into an escrow account for our schools and capital needs.”

The city’s Comprehensive Plan should be updated, Brezler said. “We need a 21st Century plan for our downtown development that will match the diverse needs of this community,” she said. “We need to increase our walkability and green space footprint. The future is not in big box retailers, but is in service oriented business models.”

As for other issues, Brezler said, “I think White Plains should be leading on environmental and zoning regulations. We should ban the use of roundup, Styrofoam, and plastic bags. And we should protect our small businesses by disincentivizing commercial vacancies.”

Brezler, 37, is a public school teacher in the Bronx. Brezler said she is a community organizer, an active member of the Hudson Valley Stonewall Democrats, the League of Women Voters, the Hispanic Democrats of Westchester, a labor organizer, a leader in Vote for Animal Rights and “a staunch fighter for voting rights for all White Plains residents.”

Hunt-Robinson was first elected to the Common Council in a special election in 2014 and was elected to her first full term in 2015. “I ran in 2014 to ensure that White Plains continues to be prosperous and that the doors of access and opportunity remain open to all,” she said. “I have made inroads in protecting vulnerable populations and there is more work to be done in this regard. In addition, a vibrant downtown is a key part of our city’s economy and I want to continue my work to improve it.” 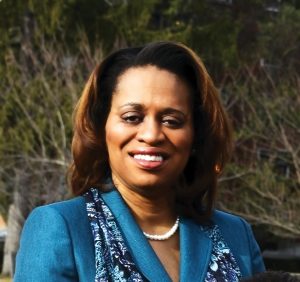 If reelected, Hunt-Robinson said her three top legislative priorities would be to “increase our revenue sources in order to further protect our residents from large real estate tax increases; continue to improve our stock of safe, affordable, quality housing and help small businesses thrive in our city.”

Hunt-Robinson explained why White Plains was the fastest growing city in New York State, according to the US Census Bureau, “We have supported smart growth that ensures that our city has room for people at all the stages of their lives,” she said. “In addition, we have drawn several new companies to our downtown from other areas as White Plains has become the premier destination to live, work and play.”

Hunt-Robinson said the Common Council has controlled spending to stay within the state-mandated tax cap. “As all the new buildings come online downtown, this should improve our tax base. We have also had several employers move to White Plains in recent years, and the continuing of this trend is also important to our tax base,” Hunt-Robinson said. She added that the city should seek new revenue sources, such as permits for filming, which was recently started.

The city’s Comprehensive Plan, which was last revised in 2006, should again be updated, Hunt-Robinson, who will be on the November ballot as a candidate of the Working Families Party, said.

“I sponsored legislation to strengthen the protection of senior citizens and disabled residents for rent increases,” Hunt-Robinson said. “In addition, our city continues to be on the frontline of inclusion and diversity by expanding our affordable housing program and revitalizing the White Plains Housing Authority properties.

Hunt-Robinson, 50, is an attorney with over 20 years of legal, business and environmental experience.

Presser is making her first run for public office. She was elected as a delegate to the Democratic National Convention in 1972 representing the 20th Congressional District in Manhattan, pledged to George McGovern, and served alongside Bella Abzug. 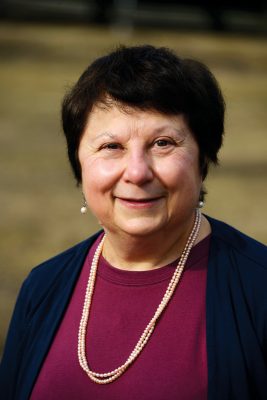 “I wish to serve on the Common Council because I fell in love with White Plains when I moved to Battle Hill 38 years ago and I’d like to have the opportunity to help keep White Plains strong and diverse and vibrant and to bring the voice of Battle Hill to the civic conversation,” Presser said.

If elected, Presser said her three priorities would be to expand affordable housing, have intelligent growth in the downtown area and further sustainability efforts.

“I believe that overall the city is handling the review of development proposals appropriately,” Presser said. “I like plans I’m seeing for mixed development of residential and commercial projects in the downtown area.”

“I believe city finances are being handled prudently, as evidenced by our Aa Moody’s rating,” Presser said. “White Plains is much better off than many neighboring localities. Our low property taxes are the envy of our neighbors, and are due in significant part to the strong corporate presence in our city.” Presser said she wanted to make certain that city services are well supported, “but I’d like to have the opportunity to study the budget in toto first.”

“There are some issues of importance to my Battle Hill neighbors, such as rooming houses whose tenants are living in unsafe conditions,” Presser said. “White Plains recently enacted a law to address this situation — it requires these landlords to register with the city, submit floor plans, and be subject to city inspection. I think this is a great start and we can help the city enforce it. Battle Hill residents are also concerned about public transportation and pedestrian access to downtown White Plains and traffic safety at some of our intersections.”

Presser, 69, is the public information officer for the Scarsdale School District. “I have had a career in non-profit, government and healthcare public relations for over 40 years,” she said.

An example of Presser’s community involvement includes serving as president of Bet Am Shalom Synagogue, and was president when the synagogue suffered a fire that nearly destroyed it in 2003. “I helped guide its survival and rebuilding,” she said. Presser was a founding board member of the Friends of White Plains Youth Bureau starting in 2011, assisting in its 501c3 incorporation, the formation of its governance structure and fundraising efforts

Though this is her first run for political office, Puja said, “I have been involved in the local political sphere for the past decade as the executive director for the Westchester/Putnam Central Labor Body. “ 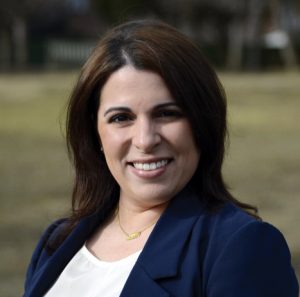 “When I decided to run it was a big decision,” Puja, 33, said. “Once I garnered support from my family, local organizations and friends in the White Plains community, it was an opportunity not to be missed.”

If elected, Puja said her priorities would be to create opportunities for families, seniors and youth, seek responsible development and work on sustainability issues.

“Responsible development is important for all involved,” Puja said. “Having a voice and a part in the decision making process is key.”

“As a taxpayer, I understand the burden of taxes. I also understand where taxes go,” Puja said. “We are fortunate to have the strong services our city does. Maintaining fiscal responsibility is paramount.”

“Prioritizing a budget is key for a municipality, for a household or for any organization,” Puja said, adding she would support the updating of the Comprehensive Plan if the city officials feel it is needed.

Some examples of Puja’s community involvement include serving as a member of the Post Road PTA, the Girl Scouts Heart of the Hudson and as a Westchester County Board of Legislators Labor Sub Committee Member, 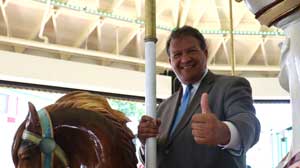 Playland Officially Reopens With Refurbished Carousel and Hope for the Future