Mamaroneck Avenue Elementary School will have a new leader for the remainder of the school year.

The White Plains Board of Education on Monday appointed Robert Janowitz to serve as acting principal with Eileen McGuire set to retire on Jan. 31. Janowitz, who has been the school’s assistant principal for 14 years, will assume his new role on Feb. 1 through June 30.

“I have every confidence in his ability to successfully and collaboratively lead Mamaroneck Avenue School while the district conducts a broad search for a permanent Principal,” Superintendent of Schools Joseph Ricca said. “Mr. Janowitz is well respected by his students, colleagues, parents/guardians and the greater educational community and has demonstrated a deep commitment to the MAS community throughout his years of service.”

Janowitz then went on to teach third grade at the Lakeland Central School District before shifting his focus to administrative work.

“We know Mr. Janowitz will maintain the continuity and stability in the school and keep it moving forward during this period,” Board President Rosemarie Eller said. 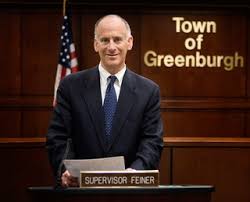 Feiner to Secure 16th Term as Greenburgh Supervisor; County Clerk Up for Grabs