Miss USA was in White Plains Tuesday, as officials announced the 2012 Miss New York USA Pageant would be held in Westchester this upcoming January.

Alyssa Campanella, the 2011 Miss USA, joined County Executive Rob Astorino and Assemblyman Robert Castelli, as well as Miss Westchester 2011 Christina DeLeon, Miss Westchester Teen 2011 Samantha Gold and Miss New York Teen USA Lisa Drouillard, at Restaurant 42 at the Ritz-Carlton in White Plains as the location of next year’s pageant was officially announced. The pageant will be held at the Performing Arts Center of Purchase College.

“We are very proud to be hosting these pageants, and look forward to showing off all that Westchester has to offer to the pageant’s contestants, their families and their friends,” Astorino said. “We know the women are beautiful, but so too is this county and we can’t wait to show it off.”

The pageant will be held January 13-15, as will the Miss New York Teen USA Pageant. It’s the first time in 30 years it’s been held in Westchester, according to Astorino. Keith Lewis, the co-director of the pageant’s producer, K2 Productions, said the event would pump $3 million into the local economy.

Luxury Senior Living Facility to Open in White Plains in 2022 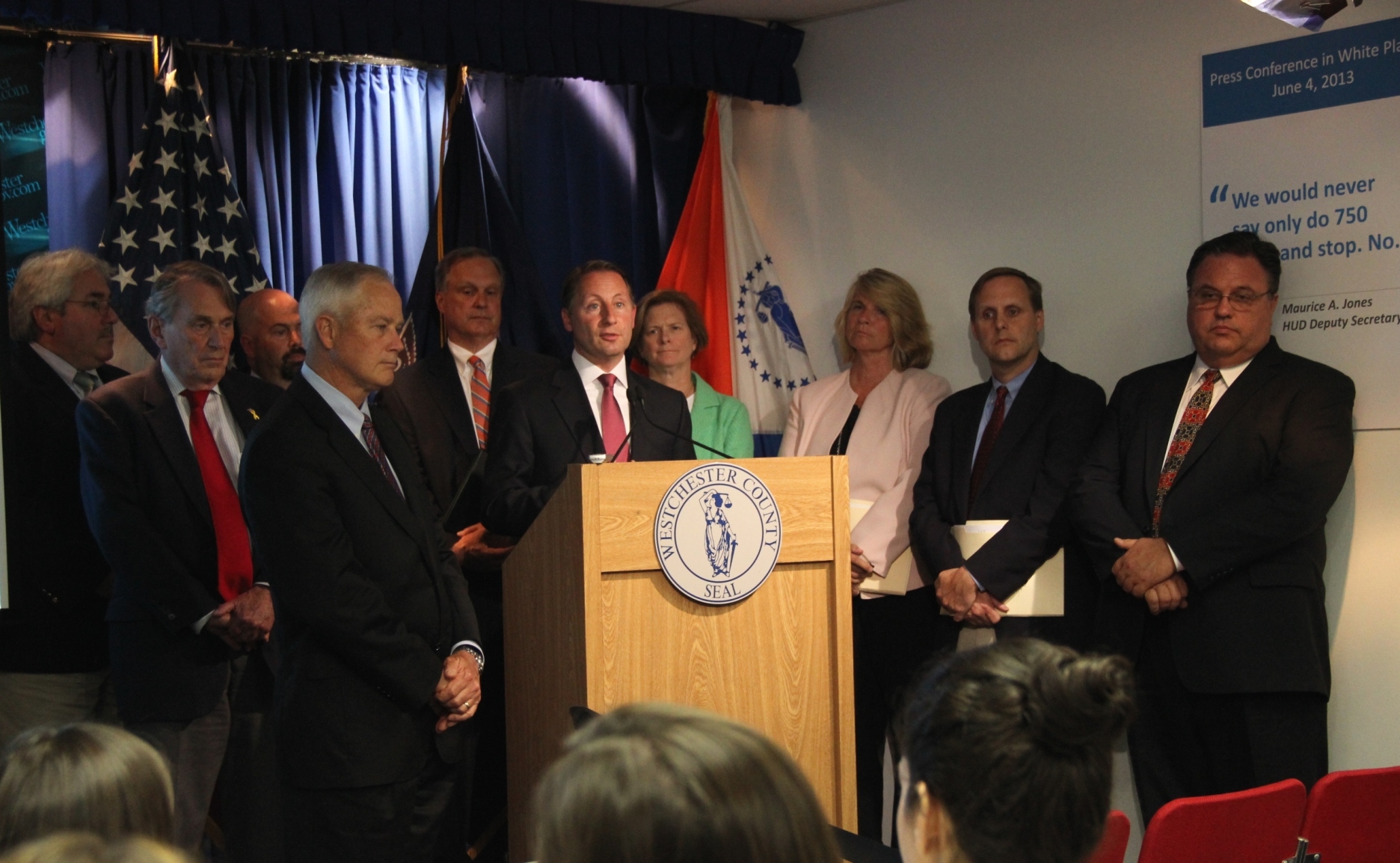