Skip to content
The Putnam Examiner
January 4, 2017 David Propper
We are part of The Trust Project

In 2017, it appears Tilly Foster Farm is going to enter the food and beverage business.

Putnam County government, which owns the historic and newly renovated farm, has sent out a Request for Proposal (RFP) for a food, beverage and catering service to work on the Tilly Foster Farm grounds in Southeast. The move by the county is the latest shift for the farm that has already opened an educational institute through Putnam-Northern Westchester BOCES. Businesses could start sending in paperwork on Dec. 16 and have until Jan. 13 before 1 p.m.

Last week in an interview as 2016 was winding down, County Executive MaryEllen Odell said the food and beverage set up would be similar to what the county has done with the Putnam County Golf Course in Mahopac. The county executive’s office and several lawmakers have lauded the golf course’s business model as profitable. She mentioned the Tilly Foster plan could be a “restaurant-like farm to table” venture in the farm’s lodge and the grounds itself.

“We want to see what people bring to the table, no pun intended,” Odell said. “What they think we can expect from the Tilly Foster property.”

Odell said the food and beverage side of the farm would not interfere with the BOCES agreement and the eventual operator would only be able to host events Friday-Sunday and other dates where school isn’t in session. The selected vendor would have use of the commercial kitchen and facilities in its entirety and be responsible for its upkeep, Odell said. 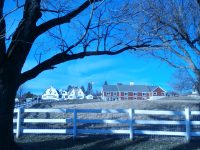 The goal is for the farm to be self- sustaining and become a regional destination, Odell said.

And BOCES might be expanding the programs it already offers at the farm and add an evening adult culinary arts program, bioscience and equine classes.

“We’d like to see that partnership expand,” Odell said of BOCES.

Legislators contacted about the Request for Proposal weren’t aware of it. While lawmakers don’t need to be in the loop about a RFP, they would need to eventually approve whichever business the county executive’s branch puts forward.

Odell said the public meetings two years ago about the direction to take the farm set up what her administration is now pursuing. The next RFP the county could be sending out is an operator for organic farming, Odell said, planning to do so in the next few months.

“We felt it was a priority to have an educational piece and at the same time maintain the historical integrity of our county’s agricultural heritage,” Odell said. 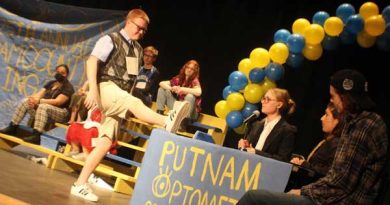