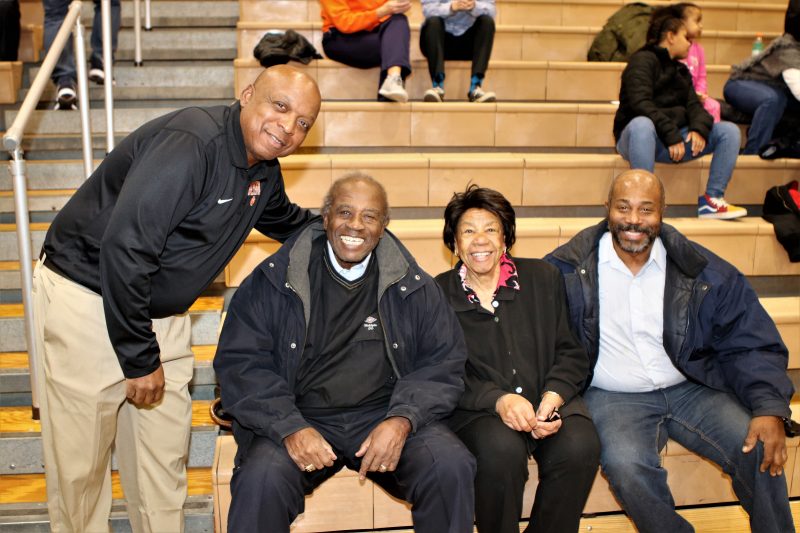 The Tigers annual Holiday Tournament celebrates the accomplishments of legendary WPHS educator, athlete and coach Mr. Harry Jefferson, who retired as an Assistant Principal at WPHS in 1996.

Jefferson was commissioned as a 2nd Lieutenant in the U.S. Marine Corp where he was selected to the All-American Armed Forces Team. He joined the New York Football Giants after his military service but his professional football career was cut short by a serious injury.

Jefferson returned to his high school alma mater after his football career abruptly ended. He became known as a father figure, who guided thousands of local students spiritually and morally as an educator and athletic coach during his 37-year tenure at WPHS.

The Harry Jefferson Holiday Showcase featured a four-game slate during the two-day event on Friday and Saturday at WPHS. On Friday, Harrison High School defeated Ramapo High School, 65-48, in the opening game. Huskies senior point guard Josh Cooper was selected as the Player of the Game, while scoring 21 points in the win.

In the late game, host White Plains High School beat Peekskill High School, 82-71, as the Tigers secured a victory in their 2019-20 Home Opener. 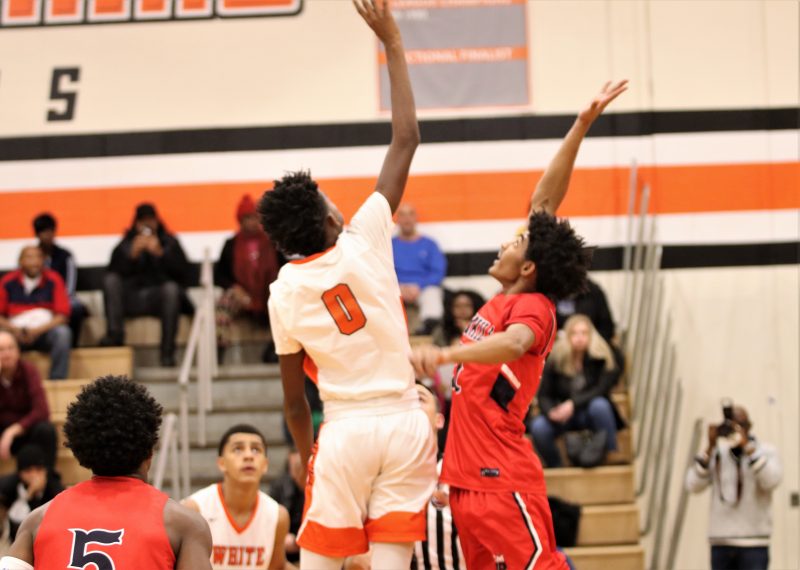 “Honestly, it is an honor, I could not ask to play a better game in front of a legend like Harry Jefferson,” acknowledged Burns, who was selected as the Player of the Game.

The Tigers, despite losing two of their top players during preseason camp, showcased that they are still a team to be reckoned with in Section 1 AA basketball this season. The Tigers had four players score in double figures and shared an outstanding 21 assists in their win over the Red Devils. “I felt coming into the game that we needed to make an impact and show people who we are,” commented Burns.

“My team can shoot, we can score the basketball. They can make plays and they like passing the ball. They had 21 assists,” evaluated Mayfield.

Carrier had a difficult task on defense, while guarding the Red Devils scoring machine Antonio Taylor. The Red Devils senior guard was coming off of a 39-point performance in Peekskill’s 66-64 win at Pelham Memorial, on Dec. 3. Taylor hit nine three-pointers against Pelham.

Nonetheless, Carrier played Taylor tough while holding him to one three-pointer and 11 points through three quarters. But Taylor broke out in the fourth quarter scoring 15 points, which brought his team-high total to 26 points in the game. “Joe (Carrier) is a tough defender, he made Taylor work for every point he got,” commented Mayfield.

On Saturday, the Harry Jefferson Holiday Showcase presented four teams in two afternoon contests. Spring Valley edged Fox Lane, 61-59, in the first game. Senior guard Emerson Therneus was selected as the Player of the Game with a game-high 16 points.

In the late afternoon game, Horace Greeley beat Poughkeepsie, 70-53. Quakers senior guard Nicholas Townsend lit-up the scoreboard with a double-double of 26 points and 20 rebounds. Townsend distinguished as Player of the Game.

“It made me so happy to see White Plains win,” proclaimed Jefferson. “I am so pleased with the progression of White Plains High School athletics in the past few years. It is because of their spirit and you have to give credit to the coaches and teachers,” stated Jefferson.