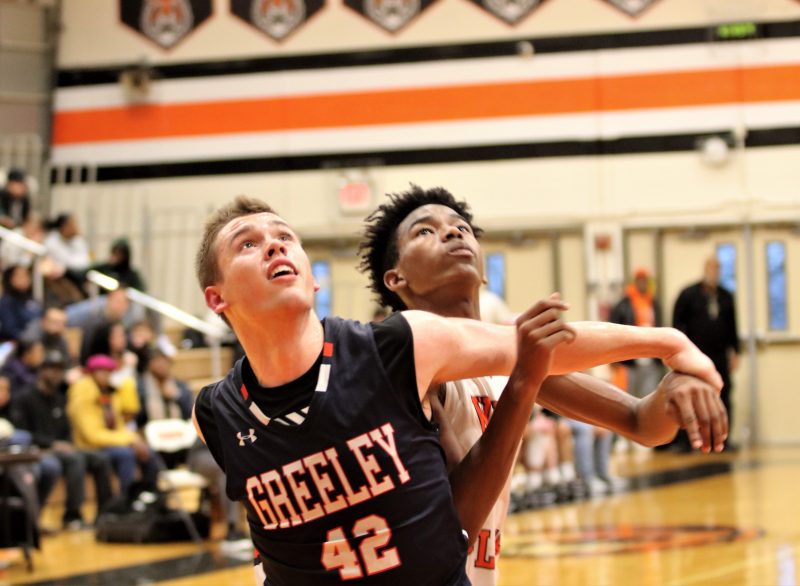 Townsend notched a double-double of 27 points and 20 rebounds, as Melis, who was one of the top five players in Section 1 last season, scored 20 points and snatched eight rebounds in the game.

Remarkably, this was the 14th straight victory for the Quakers this season, while completing their regular season at 17-3 overall and 6-1 Conference 1 League D. On Thursday, after beating White Plains, the Quakers remained in first place in Conference 1D with at least a share of the regular season League Title secured.

“It feels great. It was a good win for us. White Plains is tough team with two good players and a great coach who tested us today,” commented Melis.

However, the Tigers (14-5, 4-1) could share the League Title with the Quakers, if they win their remaining two games of the regular season. The Tigers need to record a victory to celebrate their “Senior Day” against Port Chester High School to remain in contention for the League Title.

Then the Tigers will have to travel to Ossining High School on Wednesday, Feb. 12 and beat the Pride to close out the regular season in order to share the League Title with the Quakers. This should not be an insurmountable task while noting that the Tigers have already convincingly beaten the Pride, 77-49, at home on Jan. 29.

As of Sunday, Feb. 9, both White Plains and Horace Greeley had one league loss apiece with both losses coming against each other. White Plains defeated Greeley, by 32 points, 69-37, on Dec.21, at the Slam Dunk Tournament at the Westchester County Center.

However, when the Tigers beat Greeley in December in the Slam Dunk, both Quakers stars Melis and Townsend were sidelined with injuries. The difference in the regular season rematch on Thursday was quite evident with the Quakers “Big Two” running the court on offense and defense while resembling two Division 1 college players.

“It was a great game. There was a League Championship on the line or at least a Co-Championship and our guys wanted that title. Also, they wanted a little revenge for the whipping we took at the County Center against them,” said Quakers first-year Head Coach Matt Simone.

Tigers leading scorer Quion Burns did his best to combat the Quakers dynamic duo while scoring 31 points in the loss on Thursday. Forward Jayon Norwood playing injured still contributed 10 points but he suffered from the foul line converting only 3-of-9 and made only one three-pointer in the game.

Sophomore Elijah Pierre was impressive down the stretch scoring eight of the Tigers’ 13 points in the fourth quarter. Nonetheless, Tigers point guard Tymir Greene scored only two points against the Quakers. Consequentially, the Tigers must have that third double-digit scorer in Greene to win, unless Joe Carrier, Mehki Woodbury or Pierre can step up to the task.

“Elijah was out-weighed by forty pounds and battled on the boards. A sophomore battling like that, I was impressed with him. But we have to play better team defense to beat a team like this,” stated Tigers Head Coach Spencer Mayfield.

The Tigers did bounce back with an inspiring non-league victory over Eagle Academy, 60-54, on Saturday at WPHS. Burns led the scoring with 29 points and Norwood added 17 points.

Tigers’ senior forwards Quion Burns and Jayon Norwood were selected All-League, All-Conference and All-Section this season. Tymir Greene was also distinguished as All-League and All-Conference. Congratulations to Burns, Norwood and Greene for their efforts thus far this season!