Skip to content
The White Plains Examiner
October 30, 2013 Al Coqueran White Plains
We are part of The Trust Project

In contrast, on the sideline of the number 3B seeded Ramapo Gryphons (4-4), Interim Head Coach Kevin Bullock was trying his best to keep his team focused and motivated, while also comforting and protecting them from the pending controversy, as their former Head Coach Duff Pannell was arrested for assaulting a player four days prior to the game.

First year Ramapo Head Coach Pannell was relived of his duties pending further investigation, after he was arrested and charged with second-degree assault, a felony and Endangering the Welfare of a Child, a misdemeanor, after hitting Gryphons center Brandon Girault in the head with a helmet at practice, on Monday, Oct. 21.

Despite the turmoil, the Ramapo Gryphons led by Interim Head Coach Bullock, traveled from Spring Valley to White Plains ready to challenge the Tigers in the Quarterfinals of the Section 1 AA Playoffs. The game proceeding as scheduled was good for high school football and encouraging for the spirit of Ramapo High School. “It is hard. It took a lot out of us,” said Bullock. “There was just more preparation throughout the week. But it is the same thing as any other game, you have to come to coach and prepare to win,” stated Bullock.

The Tigers, while enjoying one of their best seasons in a decade, shut-out the Gryphons, 27-0, to advance to the Semifinals of the Section 1 AA Playoffs.  The number 2A seeded Tigers will travel to Hopewell Junction, on Saturday, Nov. 2, to challenge the number 1B seeded John Jay-East Fishkill, at 6 p.m.

The winner of the White Plains versus John Jay-East Fishkill semifinal contest will play either the number 1A seeded Roy C. Ketchum H.S. or number 2B seeded North Rockland H.S. in the Section 1 AA Championship game, on Saturday, Nov. 9, at Mahopac High School.

Tigers’ running back Chris Jordan just kept running and running, while carrying the ball 34 times in the game for 193 yards. Jordan scored two touchdowns in the game, as he kept advancing the ball and consequentially running the clock down on Ramapo.  “Obviously, running the ball was killing the clock. The offensive line did well. I feel great, it was a team win,” said Jordan.

Jordan scored the Tigers first touchdown of the game on a one yard run, at 4:50 of the first quarter. The Tigers senior running back crossed the goal line again in the fourth quarter on a 16-yard scamper. “I worked hard all week and this is what happens when you work hard,” declared Jordan.

Jordan also proved effective while playing the other side of the ball as defensive back. As the Gryphons were finally threatening to score on the stingy Tigers defense, Jordan intercepted Ramapo’s quarterback Ahkim Santana’s pass on the Tigers 38-yard line.

Tigers Head Coach Skip Stevens acknowledged the efforts of his running back/defensive back Jordan. “Chris played like we know Chris can play. What was great about Chris, it was a workman type effort, he did not say anything, he just went about his business like he does,” complimented Stevens.

Tiger’s quarterback Cameron Crabbe passed for 128 yards, while completing nine of 15 passes. Crabbe also threw for two touchdowns and both scores to his favorite wide receiver Marshon Morris. “I think we had a balance attack in this game. When you can give the ball to Chris and he can pound the defense that brought their safeties up and we were able to throw the ball over the top,” explained Crabbe.

The Tigers defense was certainly on their game in the Section 1 AA Quarterfinal game. They not only kept the Gryphons from scoring, they held Ramapo’s offense to a mere 65 yards gained in the entire game. “Our defense practiced hard all week trying to get a shut-out and we did,” said Jordan.

Newly appointed White Plains High School Athletic Director Jennifer DeSena is in the midst of her first year as the administrator of Tigers athletics. DeSena seems to be in a position to usher White Plains High School Athletics back to respected competitive recognition, with the football team having a great year and varsity Boys and Girls basketball posed for positive seasons.

DeSena watched the game from the sidelines with WPHS Principal Ellen Doherty. At halftime with the Tigers leading, 20-0, she offered some sentiments on the Tigers winning season. “It makes me feel great. But I really have to give the credit to Skip Stevens, his staff and the players; they have done a great job. I have had the pleasure of enjoying them but the credit goes to them” acknowledged DeSena.

“They are great student/athletes and they have worked so hard. It is nice to see them have this success and get this recognition,” expressed Mayor Roach.

Despite the fact that the Tigers captioned their six-win season by defeating Ramapo, 27-0, in the AA Quarterfinals, Stevens offered encouragement and empathy to the Gryphons for the unsettling circumstances they had to deal with coming into the game. “It is an unfortunate situation but I really think their coach did a great job getting his team prepared. I thought that they were a class act all the way,” stated Stevens. 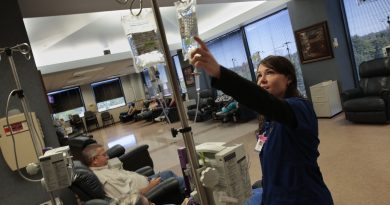