All three candidates are running for the seat being vacated by Assemblyman David Buchwald as he pursues the congressional seat now open following the announcement of Representative Nita Lowey’s retirement.

State law does not allow Buchwald to campaign for both offices concurrently.

At this time, no Republican candidates have stepped into the race. 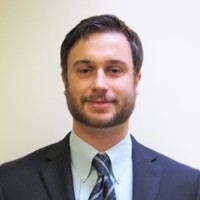 Joined by a crowd of over 150 supporters hosted by the Wolf & Warrior Brewing Company in White Plains last Wednesday, Roithmayr laid out his plans, and made his case to represent the community he grew up in and now lives in with is wife Megan.

“Westchester deserves an experienced advocate for progress in Albany,” Roithmayr said. “Let’s send a new generation of leadership to the legislature.

“I’ve learned about your concerns and issues,” said Roithmayr. “I know how unaffordable our communities are. I know how when it comes to our train service, the only thing on time about Metro North is the fair hikes. I know that we must support a carbon neutral New York and that we need bold new ideas to take on climate change. I know your suffering with the burden of student debt, both for those trying to get an education and their families that support them. And I know that we must stand strong in the face of hate in our communities, and not accept a Westchester where we wake up to hate spray painted on our monuments.”

These issues, along with bringing equality to the individuals with disability community, and always fighting for a more ethical Albany, Roithmayr promised would be the centerpieces of his campaign. 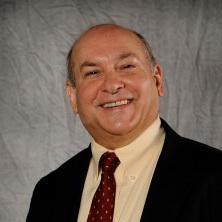 “I plan to work with the same zeal and energy that I have put into things here,” said Burdick. “This is not a Bedford seat. It is not a White Plains seat or any other municipality’s seat. It is a 93rd District seat.”

Burdick said he would pursue the same progressive agenda that Buchwald has embraced. The issues he intends to prioritize include gun safety, affordable housing, the climate crisis, reproductive rights and criminal justice reform.

When asked what he would most like to achieve should he be elected to the Assembly, he spoke of the role of government.

“For a long time, the state of California has been a beacon of progressive government, compassionate government,” Burdick said. “I want to see the state of New York challenge that title. I am a huge believer in government being a force for good. We are limited only by our imagination and determination. But with issues like the climate and our infrastructure, we have to act now.”

“I am the only candidate who holds elected office,” Burdick said. “I have the background, experience, knowledge and success working with every level of government to get things done.” 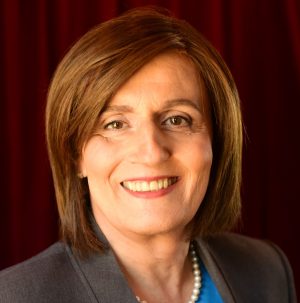 Chappaqua resident and attorney Kristen Browde announced last Thursday that she will be vying for the Democratic nomination for the 93rd Assembly District.

Browde said if elected to the Assembly she will continue the fight to strengthen gun laws, be a strong advocate on women’s issues, including ensuring the right to an abortion in the state constitution, reverse damage caused by the loss of the state and local income tax deduction above $10,000 and work to help Democrats maintain a majority so gerrymandering of districts can be curtailed.

She said her background as a family law attorney has been helpful in assisting people reach common ground.

“I’ve proven effective on building coalitions to come together on things that are important to people,” said Browde, an award-winning television reporter for a New York City news station before practicing law.

Browde, who ran unsuccessfully for New Castle supervisor in 2017, said she decided to jump in after Buchwald told her that he would be seeking the party’s nomination for Rep. Nita Lowey’s seat.

Another motivation for Browde was that her youngest son, now a Horace Greeley High School sophomore, remarked how students participate in mandatory lockdown drills. Districts across the state are spending millions on security despite New York having some of the strictest gun laws in the nation, Browde said.

“At the end of the day you can buy a high-powered weapon and shoot up a school in the state of New York easier than buying a pack of Sudafed and that’s just wrong,” Browde said. “Our kids shouldn’t be growing up with this and we shouldn’t be having to spend millions of dollars to protect our schools against this kind of violence.”

She said the state must simplify the unnecessarily complex STAR program, which confuses many residents, particularly seniors, who give up applying and fail to capitalize on the much-needed tax relief.

The need to have a Democratic-controlled state legislature following the 2020 election will also be critical because the next legislature will decide congressional redistricting in the state, Browde said. With New York’s likely loss of one or two congressional seats, it’s possible that an effective Democrat such as Rep. Sean Patrick Maloney could be lumped into a more Republican area, which would put his congressional career at risk, she said.

Browde made headlines with her run for supervisor in 2017 as the first transgender candidate to run for public office in New York State. She said she isn’t planning on raising that issue during the upcoming campaign, but offered that what differentiates her from her likely opponents is that she’s the only woman in the race.