Skip to content
Health Police/Fire The Examiner
June 4, 2021February 23, 2022 Examiner Media Pleasantville
We are part of The Trust Project

The nonprofit NYBC offers 1,500 blood products daily to 200 area hospitals, in the tristate area, treating patients who have suffered an accident, a burn, have cancer or require blood for any other reason.

“Each donation can save three lives,” Hernandez said.

After donation, the blood is divided into three parts. Red blood cells go to accident victims and transplant patients. Platelets are for people who have cancer. Plasma goes to burn victims, Hernandez said.

This is a particularly urgent time for the need for blood in area hospitals, she said. COVID-19 has severely cut donations.

“We used to average 500 blood drives a month,” Hernandez said. “Now we’re down to about 100. The gap is 8,000 donations a month that are not being captured. We went down to zero blood drives in February 2020. Most of our donating schools, colleges, government agencies and corporations were closed because of COVID. We’re down 100,000 donors.”

Also, with the summer holidays, “people have cabin fever, and they are leaving” to go on vacation, Hernandez explained. So, donations and the local blood supply drop as people go on holiday.

The need to replenish the blood supply is constant, Hernandez said. Platelets expire after five days, red blood cells expire after 42 days and plasma expires after one year.

“What we need is more donations, sponsors’ drives and donated drive space to help supply our area hospitals,” Hernandez said.

Donors can give blood safely every 56 days. All blood types are needed, but there is a special need for O negative, O positive, B negative and A negative, the four core blood types, which can be safely transfused to a great portion of the population. O negative is the universal blood type because it can be safely given to patients with any blood type.

Hernandez credited the Pleasantville Fire Department and its blood drive coordinator with being “extremely professional, generous, methodical and organized.”

The Pleasantville Fire Department has sponsored blood drives since 1997. It has generated 1,859 total donations, potentially saving 5,577 lives, according to Hernandez.

A steady stream of donors last Thursday was greeted by volunteers who asked for identification. They were then asked to complete a computerized questionnaire regarding their health.

Everyone wore a face mask. After completing the questionnaire, donors were directed to sit in chairs to wait to get their blood tested to ensure there was enough iron in their blood. A phlebotomist, a person professionally trained to draw blood, jabbed fingers with a sharp stick. She also took everyone’s temperature. The room has to be chilly to keep the blood viable.

The phlebotomist said she was taking one pint of blood, about 500 grams. The blood is collected in thick plastic pouches. It takes about another eight minutes to complete a donation.

There were Lorna Doone shortbread cookies and Oreos, as well as apple and cranberry juice, spread out on a table. Blood donors must replenish their fluids, which helps make more blood. Also, the sugar in the cookies and juice helps to keep blood-sugar levels at an optimal level. Donors can also eat a salty snack.

Leaving the site, a volunteer offered a bottle of water. Blood donors should drink at least 32 ounces of water for two days afterward.

It’s also important not to drink alcohol or exercise vigorously for the rest of the day after a donation.

For those interested in donating, you can donate at NYBC’s locations in Elmsford and Nanuet. There are three NYBC locations in Manhattan as well. Visit the NYBC website at www.newyorkbloodcenter.org to find out more, including locations and times.

Hospital patients’ needs are great and the NYBC wants to borrow your arm for 20 minutes, at the most. And there’s juice and cookies at the end. 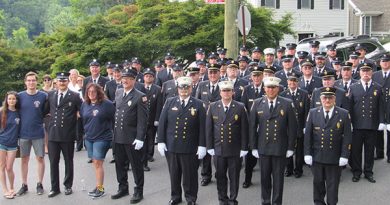 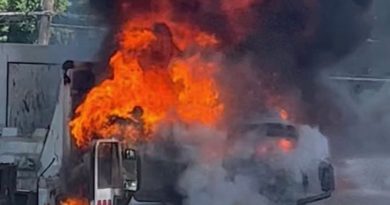