Skip to content
The White Plains Examiner
November 18, 2014November 20, 2014 Al Coqueran
We are part of The Trust Project

As reported in my story in the White Plains Examiner, on October 7, 2014, due to the Stepinac varsity football team’s success this season and the establishment of the newly formed Catholic High School State Football Championship this year, the possibility existed that the City of White Plains traditional Turkey Bowl football game pitting White Plains High School against Stepinac High School could be canceled.

On Monday evening, November 17, the probability of this disappointing outcome became a reality. “In a joint decision between White Plains High School and Archbishop Stepinac High School, it has been announced that this year’s Turkey Bowl slated for Thursday, November 27th, between the two schools has been canceled,” announced Mike O’Donnell, the Athletic Director and Head Football Coach at Stepinac.

Stepinac has achieved a remarkable undefeated record of 11-0, thus far this season. As a result, of their successful year, the Crusaders are scheduled to play in the Catholic High School Football League (CHSFL) AAA Championship game, against Iona Prep, on Saturday, at 4:30 p.m. If Stepinac beats Iona on Saturday and wins the CHSFL Title, they will advance to represent the CHSFL in the inaugural Catholic High School State Championship game, against the winner of the Buffalo Catholic League Championship.

The Catholic High School State Championship is scheduled for Sunday, November 30, at Hofstra University, at 1:30 PM. Therefore, if Stepinac played in the Turkey Bowl, on Thanksgiving Day, Thursday, November 27, they would not meet the requirements for rest according to the New York State Sports Standards.

The Turkey Bowl game would have to be played and finished by Wednesday afternoon in order to meet the NYSSS requirements for a team to rest between games.

“Stepinac has had a successful season to date, putting itself in a position to possibly continuing playing past Thanksgiving Day,” commented O’Donnell. “If Stepinac were to advance to the inaugural Catholic High School State Football Title game scheduled for Sunday, November 30, we would not have the required rest between contests, as required by The New York State Sports Standards,” explained O’Donnell.

Another issue which brought this final decision, on Monday, November 17, was that Stepinac could not expect nor did they think it was fair for the White Plains Tigers to practice all this week, with merely the expectation of playing in the Turkey Bowl. Consequentially, the Tigers would not know if the game was still scheduled to be played until Saturday, evening November 22, depending on whether Stepinac were to lose on Saturday, in the CHSFL AAA Title game.

“The game is a great tradition for both schools and the White Plains community! It is a shame that we will not be playing in it this year,” stated O’Donnell, the Stepinac Athletic Director and Head Football Coach. O’Donnell went on to say, “We could not give White Plains a 100% commitment to play the game and it was not fair for them to sit around and wait for a possible game.”

This is the second consecutive year that City of White Plains high school football fans will have to celebrate Thanksgiving Day, without the traditional Turkey Bowl. Last year’s Turkey Bowl was canceled due to the overwhelming success of the White Plains High School Tigers, who won the Section 1 AA Title and advanced to the New York State Championships.

Harrison’s School of the Holy Child Builds Into Second Century 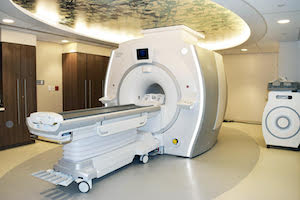 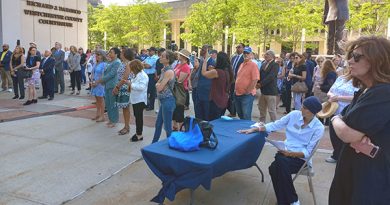 Westchester Holds Rally to Stand Up and Combat Hate