This is a bad year for Ebenezer Scrooge. The outpouring of generosity in the aftermath of Hurricane Sandy is teaching the miser a lesson. Nonetheless, the humbug man is scheduled to make an appearance with his trio of Christmas ghosts at the Hudson Valley Shakespeare Festival performance of “The Christmas Carol” by Charles Dickens, slated to be shown at the Boscobel mansion and the Katonah Museum of Art during the first week of December.

The entirety of the novella was adapted for four actors by HVSF founding artistic director Terrence O’Brien, who previously directed the staged version of the more celebratory “Fezziwig’s Ball” section of the story. “Fezziwig” has become a popular holiday tradition at Boscobel and one that inspired O’Brien to tackle the adaptation of the full story.

“The story’s narration has all sorts of descriptions of scenes that are really beautiful, interesting and exciting,” said O’Brien. “I thought it would be interesting to figure out a way to include a narration with internal observations and predicaments, in a way that would be less sentimental and scary than other adaptations.”

The end result of O’Brien’s skillful revision is a quick moving, somewhat edited version of “The Christmas Carol” where some sections are omitted or minimized. “I had a real interest in dividing the novella up into small pieces,” O’Brien explained. “It propels the story ahead and  there’s something about going through it briskly  – it’s more moving and we pull the audience along.”

The HVSF Company actors in this production include Jason O’Connell, Eleanor Handley, Katie Hartke and Stephen Paul Johnson, all adept at the seamless interweave of narrator and character voices which enliven this visually rich story. O’Brien tried to divvi up Scrooge’s character among the four actors, but he finally settled on Johnson to anchor the miser’s part while also portraying other voices. Although this is a staged reading, O’Brien said the actors “have rehearsed it in a way where they read less to be able to act more. The script is more of a prop and this performance is much more fully realized than past productions.”

The production is billed one “without extra frills” except for the minimal costume design that O’Brien said would have a contemporary feel with a hint of the Victorian era.

O’Brien described the adaptation process as a personal avenue of creativity. When Scrooge is cavorting around with the second spirit, the Ghost of Christmas Present, he observes a bustling market scene at closing time. It’s a segment where O’Brien directed the characters to recreate the market place. “All the actors rush to the market and as they are going around the store, they announce the things that they find – the beautiful figs, plump cherries. We take the narration and turn it into an event that is something they act out with each other.”

Audiences can also expect to enjoy the lively “Fezziwig’s Ball,” a highlight of the performance. Fezziwig is Scrooge’s jolly and compassionate employer who believes in his workers’ happiness, a contrast to the present day Scrooge whose treatment of his clerk, Bob Cratchitt is harsh and sadistic. “Fezziwig’s Ball” shows us Scrooge in a happier time of his life and where Dickens describes the rotund Fezziwig dancing away and his “calves shining like moons.”

“This is a very fun part of the novella and in the performance,” said O’Brien. “Scrooge is seeing a part of his life he enjoyed.” O’Brien said that it was past staged readings of “Fezziwig’s Ball” that showed him how much audiences enjoy being read to and hearing the novella’s traditional message.  “One of the great things about the story is it reminds you of what is important. People are poor and don’t have as much as Scrooge has, but he has a lot of pain in his life – it’s what makes him who he is.”

O’Brien agreed that by the end of the story we get a Scrooge who would gladly help victims of Hurricane Sandy “He realizes that there’s more to life than the narrow sphere in which he has been living and he realizes he should make the most of that and spread  the most love and joy to the rest of the world. If story is done right it’s not a sentimental tale, it gets under your skin and reminds you of those of that there’s gift giving and then there is real generosity and that the latter is what Scrooge discovers.”

No Primary Election for Putnam Voters This Year 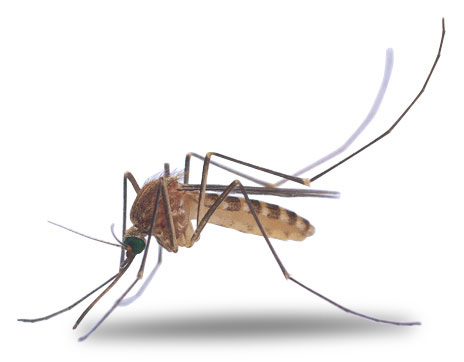