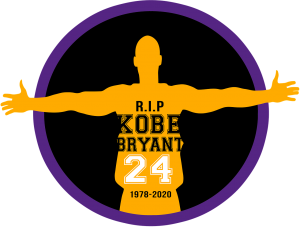 “Be sad. Be mad. Be frustrated. Scream. Cry. Sulk. When you wake up you will think it was just a nightmare only to realize it’s all too real.” Kobe Bryant wrote this on Instagram after Gordon Hayward’s devastating injury. Little did Kobe know, he would be guiding all of us through the first stage of grief over his own passing. No one wanted to believe it was true, asking one another if it was fake news. Sadly, it was true. Kobe is no longer with us. While the city of Los Angeles, the game of basketball and the whole world is still mourning, I want to say thank you, Kobe. Thank you for all the memories, lessons and the inspiration.

Every generation has seen players that transcend the game of basketball and become superstars. They are real life superheroes. The 1980s had the Magic-Bird rivalry. Jordan took over and dominated the 1990s. Subsequently, the 2010s belong to LeBron James. However, for my generation, growing up in the 2000s meant watching and idolizing Kobe Bryant.

Without a doubt, what Kobe did on the basketball court was jaw-dropping: Winning the dunk contest with style. The championship three-peat. The scoring titles. Dropping 81 points in a single game. The MVP season. Dunking on anyone, and everyone who dared stand in his way. Mamba Mentality. The buzzer beaters and game winners. Scoring 61 in Madison Square Garden (my mom was there and I’m still jealous). Not flinching. Throwing the ball off the backboard to himself. Claiming back-to-back NBA Finals MVPS. Winning Gold for team USA. Staying on the floor to hit two free throws with a torn achilles. Inspiring us all to yell “Kobe” when throwing away a piece of paper. The 18 All-Star games, 15 all-NBA teams, 12 all-defensive teams. Lastly, having the most memorable final game in sports, putting up 60 points. For all of these highlights that will live on forever: thank you, Kobe.

Impressively, after his playing career Kobe started the second half of his life. He opened the Mamba Sports Academy training centers to inspire the next generation of athletes. Meanwhile, Kobe bought Mamba Mentality from the hardwood to the boardroom. He began his career as a business mogul. In 2013, Kobe created a venture capitalist fund, which became Bryant Stibel & Co in 2016. After Coca-Cola bought a minority stake in BodyArmor in 2018, Kobe saw a $6-million investment become worth $200 million. Incredibly, as an investor, Kobe made more money than he did his entire NBA career. This is no surprise, of course, because with Kobe, anything less than greatness was simply not an option.

Similarly, in his post-playing career, Kobe learned the art of storytelling. Originally, he wrote a piece for the Player’s Tribune to announce his retirement titled, Dear Basketball. Poetically, Kobe describes his love of the game of basketball and how it inspired him to push himself beyond limits and beyond belief. Quickly, this was adapted into an animated short film, narrated by Kobe himself. Naturally, in typical Kobe fashion, the film won an Academy Award for Best Animated Short Film. A Five-time NBA champion, with an Oscar, Kobe is an example of being a well-rounded human. Not letting one aspect of life define who they are as a person. This is a lesson that reminds everyone that their greatness is endless. Thank you, Kobe.

As the world tries to move forward without Kobe, let’s all be inspired by his legacy and harness Mamba Mentality. Find your craft, your love, your passion and commit yourself to it. Commit completely, fully and whole-heartedly because that is Mamba Mentality. Distractions, and disadvantages will come and try to stop you, but no one will work harder. Be the first to arrive and the last to leave. That is Mamba Mentality. Take each day to improve yourself and the community around you. Appreciate the ones you love and put them before everything else. That is also Mamba Mentality. I grew up a Knicks fan but my tears are purple and gold. Thank you, Kobe.

Mount Kisco resident Eric Mintzer is co-author of a Harper-Collins book, due out this spring, about the business history of the NBA.