Skip to content
The Northern Westchester Examiner
July 16, 2012July 16, 2012 Adam Stone Yorktown
We are part of The Trust Project

Members of a local watchdog group came before the Yorktown Town Board last week to propose term limits for board members and the town supervisor.

At the board’s July 10 work session, the United Taxpayers of Yorktown (UTY), led by Ed Ciffone, brought forth a proposal that would limit the positions of supervisor to three 2-year terms and council member to two 4-year terms.

The discussion began with a disagreement over Ciffone’s desire to make an audio recording of the proceedings. Grace balked at the request.

“I am not recording a work session,” said Grace, adding that off-the-cuff comments made during the course of deliberations could be misconstrued or taken out of context.

When Ciffone continued to press the issue, Grace asked if any board member wanted to make a motion to allow the conversation to be recorded. None of the councilman made such a motion.

Ciffone went on to say that as he understands it, state law would allow the board to enact a local law creating the term limits. But barring that, he said, the UTY would begin circulating petitions to collect the signatures required to have the measure put up for a voter referendum in November.

Town Supervisor Michael Grace pointed out that other than Councilman Nick Bianco, who has been on the board for 16 years, there are currently no other town office holders to whom the proposed limits would apply. Bianco was reelected to a fifth term last November, while 20-year board member James Matorano was voted out in a race in which newcomer Dave Paganelli was the top vote-getter. Ciffone waged an unsuccessful write-in campaign for a council seat in last September’s primary, having earlier been passed over as a candidate by the local Republican and Democratic organizations.

Grace noted that under the current system, Yorktown’s voters have the ability to change the majority party on the board every two years.

“The voters of Yorktown seem to be doing a good job when it comes to term limits,” Grace said. “There have been five supervisors in the last 10 years.”

“No Justice, No Peace!” Unrest in America on Display at Local Rallies 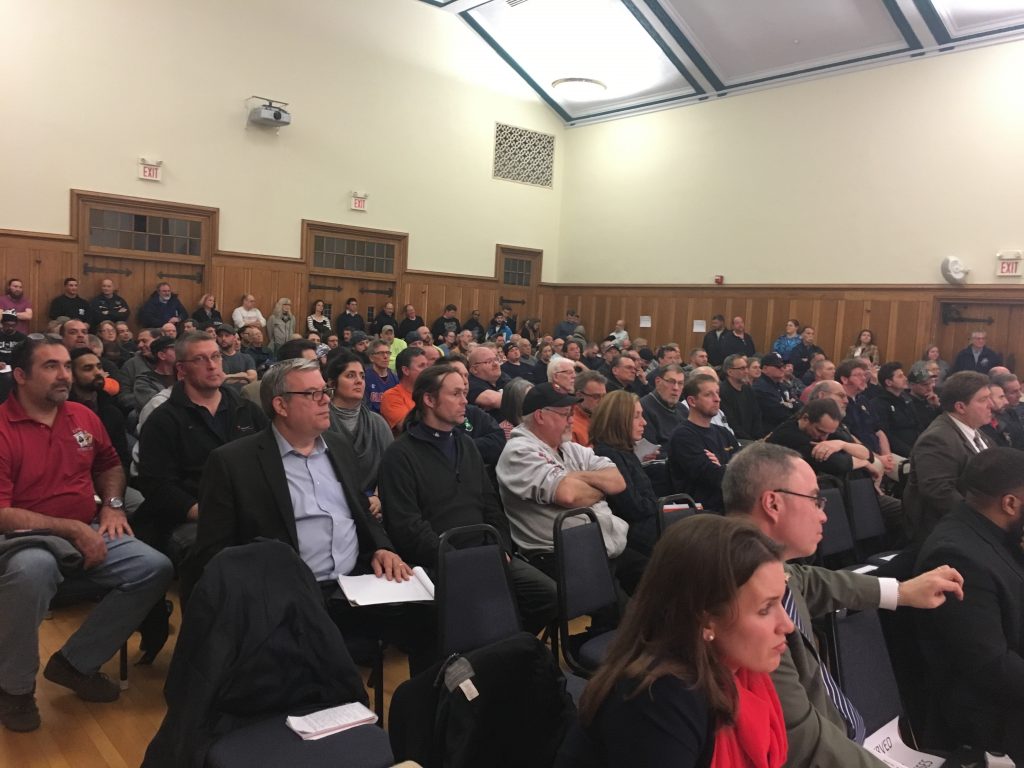