Editorial
November 2, 2022 Examiner Media
We are part of The Trust Project

For the first time in eight years Andrea Stewart-Cousins has general election competition. In that time, the Yonkers resident has become Senate majority leader, the first woman to attain that post in New York State.

Her district has also shifted northward to once again include Pleasantville and Mount Pleasant, communities Stewart-Cousins represented before the last redistricting.

Although Republican Khristen Kerr should be commended for forcing a contested election, there is little reason to believe that Stewart-Cousins should be replaced in the 35th state Senate District.

One could always make arguments, as virtually all Republicans are doing, about how inflation and crime are problems. But much of the legislation that has been passed since she became leader has helped make New York a leader, including climate and resiliency measures, gun-related laws such as the red flag law and voting reforms.

It should also be concerning that Kerr is a proponent of cutting the minimum wage from $15 to $10 for small businesses.

Sen. Shelley Mayer represents a district that includes a piece of her home community of Yonkers, the Sound Shore communities, a portion of White Plains and North Castle.

As chair of the Senate Education Committee, Mayer, a Democrat, heads one of the most important committees in Albany and has done a fine job in that role. There will be full restoration of foundation aid by next school year, which was an effort that many school officials had undertaken over the years. But it occurred on Mayer’s watch.

Mayer unsuccessfully tried to increase connectivity for all students, particularly those in underserved communities, a move that was beaten back by the telecommunications providers. She pledged to renew efforts to bring that service to those families that do not have internet access.

She recognizes that to ensure greater housing affordability, there must be greater protections for tenants in housing that is not subject to rent regulation in Westchester.

Her opponent, Frank Murtha of Scarsdale, a counselor, entrepreneur and author, is a sharp, well-spoken candidate. However, he has no previous experience in government and repeats many of this year’s Republican talking points.
The one proposal that he raised that Mayer and other lawmakers should seriously consider is introducing financial literacy into the curriculum, particularly at the high school level.

In the newly-drawn district that takes in Putnam Valley and Philipstown in Putnam County as well as communities in Dutchess and Orange counties, the choice here is Republican Poughkeepsie Mayor Robert Rolison.

Rolison served for 12 years on the Dutchess County Legislature and the last six years as mayor of Poughkeepsie, a wealth of experience compared to Democrat Julie Shiroishi. Shiroishi was chief of staff to Assemblyman Jonathan Jacobson.
Rolison supports the $4.2 billion Environmental Bond Act and recognizes that the need for infrastructure investment, including roads and bridges, is critical.

Sen. Peter Harckham, in a bid for a third term in the Senate, has been one of the most prolific lawmakers of the last two years. More than 50 bills that he sponsored have passed this year. Others talk about helping those suffering from substance abuse, but Harckham has passed more than 20 bills to help those with substance abuse issues.

He helped secure $3 million to fund a Route 9A study and is planning to do the same for Route 35.

Although unsuccessful, Harckham had the courage to recognize that housing affordability in the state and the Hudson Valley will not solve itself. He proposed unpopular as-of-right Accessory Dwelling Unit legislation, and while it was overwhelmingly panned, he has vowed to come up with other solutions to address the housing dilemma. 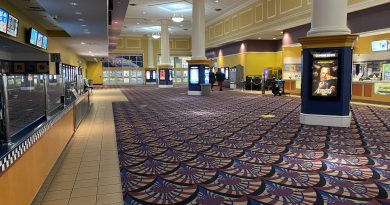 I Went to the Movies During the Pandemic. Here’s How it Went.