Skip to content
The White Plains Examiner
January 7, 2020 Pat Casey
We are part of The Trust Project

The proposed 3-lot subdivision at 1 Sterling Avenue was unanimously approved during the December meeting of the White Plains Planning Board. The controversial project, which places five residential units on a site originally housing a single-family home in the R2-4 Zoning District brought residents out in opposition during a multi-week public hearing.

The redevelopment calls for three individual sites, two with two-family houses and one with a single-family residence in the Fisher Hill neighborhood.

Residents speaking during the public hearing were concerned about traffic safety and a decline in the quality of life in their neighborhood should the subdivision be allowed to go forward.

Much debate back and forth between residents, the Planning Board and the developer resulted in changes to the lot site plans, particularly with regard to driveways and access to vehicles on and off the property as well as the final designs of the individual residences. The primary concern about a fundamental change in the character of the neighborhood remained for further debate.

Before the Board vote, member Lynn Oliva asked Planning Commissioner Chris Gomez if the Planning Department had undertaken advisory suggestions in the Comprehensive Plan to “establish new infill housing development guidelines in the close-in neighborhoods to insure high-quality design, etc.”

Gomez responded that, “No, those guidelines had never been done.” He further indicated that the Planning Department had conducted a land-use survey of property in White Plains and that analysis showed more than half of the existing two-family homes in the city are currently on lots larger than what was proposed for the 1 Sterling Ave. subdivision, even though it is Zoning compliant.

Both Oliva and Gomez agreed that a study proposed earlier in the public hearing to look at the close-in neighborhoods for other lots that might be similarly impacted should be done, and that discussion should continue forward.

Neighbors speaking at the Dec. 17 meeting seemed reconciled that the approval would go through with a final vote that evening, but reiterated their concerns that no similar subdivisions should be allowed in the neighborhood. They expressed hope that this particular subdivision could be absorbed into the community and that all parties could “live with it. Just because it is legal, is it a good idea?”

Planning Board Chairman John Ioris said, “Whether it is a good idea or not needs to be addressed by the people who set the zoning.” He explained that the Planning Board’s role was specifically to look at compliance and safety. Previously during the pubic hearing Ioris had emphasized that the subdivision proposal was legally compliant.

Ioris further said that there were only five Board members present at the December meeting, requiring a unanimous vote to approve the subdivision and site plans. He offered the developer the option to wait until six Board members were present.

Because Site Plan 3 does not contain any environmentally sensitive areas, it will be approved by the Building Dept. at another time, but the entire 1 Sterling Ave. proposal had to be considered by the Planning Board as a whole. 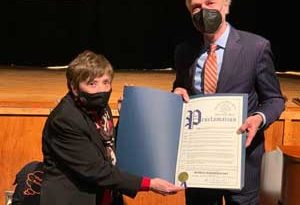 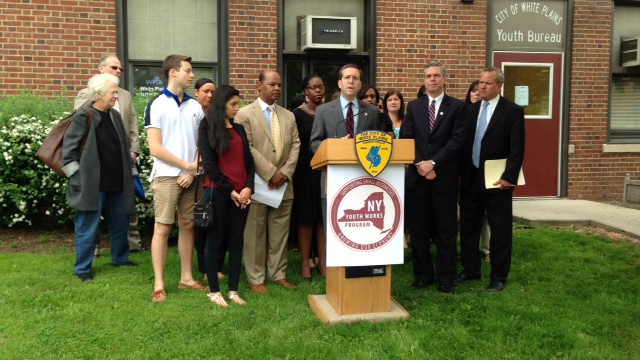