State representatives secured $350,000 for Latino U College Access (LUCA), a nonprofit organization which helps Latino youth in Westchester realize their dreams by becoming the first in their families to graduate college.

With the financial support, LUCA will be able to continue its programs in Ossining, White Plains, Sleepy Hollow, Tarrytown and Elmsford, and expand to reach students in Port Chester, Peekskill, New Rochelle, Bedford and Mount Kisco.

“The support of a group like LUCA is the difference in getting students into college, surviving and succeeding in college, ending up with a degree and moving on with the American dream,” Mayer said.

Latino Americans are more likely than other racial ethnic groups to be first-generation students, Mayer pointed out. Nearly half are the first in their families to attend college.

“At LUCA, we challenge the expectation of low expectations that are placed upon low-income Latino students and empower them to reach higher than they ever thought possible,” said Cosette Gutierrez, LUCA’s executive director.

Gutierrez added that the state funding will allow LUCA to reach 1,200 students and families this upcoming school year.

LUCA’s flagship program, Latino U Scholars, launched 10 years ago and guides students from their junior year of high school to college graduation. Scholars are assigned a volunteer college coach, who helps them and their families navigate every step of the college process. This includes filling out applications, help with writing college essays, filing the necessary financial aid paperwork and preparing students for the transition to college life.

To participate, students are nominated by their school guidance counselor. Qualifying students must identify as Latino and be a first-generation college student, demonstrate financial need and have a minimum 3.5 grade-point average with a course load that includes AP and honors classes.

Once in college, LUCA continues its support, ensuring that students have everything they need to succeed and graduate. The Scholars program is expected to expand to 100 students for the coming school year, up from 74 last year.

In addition to individual coaching, LUCA has a robust year-round offering of college success and career readiness workshops, as well as culturally-relevant bilingual parent workshops to keep families involved and supported throughout the college process.

“We recognize that while talent is universal, opportunity is not,” said LUCA founder Shirley Acevedo Buontempo, herself a first-generation college graduate. “For low-income students of color, access to educational opportunities is filled with numerous pitfalls and barriers.”

Buontempo explained that a college degree is not just a step toward employment, but a critical part of breaking cycles of poverty, improving health and increasing earning potential and civic engagement.

“In other words, education changes everything,” Buontempo said.

Since LUCA’s founding in 2012, about 6,370 students and families have received support.

Two LUCA Scholars shared their stories at last Wednesday’s event. One of them was Jocelyn Nieto, a White Plains alum and first-generation Mexican American college graduate.

“It was my parents’ dream that my sister and I obtain the education they were unable to obtain themselves,” Nieto said.

She thanked her parents for supporting her dreams to go to college, attending American University and pursuing a career in international development.

At first, Nieto explained, she was overwhelmed by the college application process, but LUCA helped her. She was accepted to American University with a generous financial aid package.

“If you had told my 17-year-old self that I would go on to accomplish all of these amazing things, she would have shrugged you off,” said Nieto, who now works as a performance analyst at the U.S. Department of the Treasury. “I am now living my best life, living and working in my favorite city, Washington D.C.”

Kate Hidalgo, an Alexander Hamilton High School graduate and current LUCA student, said she worked since she was 10 years old to help her parents, who immigrated to the U.S. from the Dominican Republic.

“I made a vow that I would do everything in my power to help lift my family out of poverty and make sure that my brothers had even more opportunities than I had,” said Hidalgo, who knew almost nothing about the college admissions process before participating in LUCA.

With guidance from the program, Hidalgo received a full scholarship to the University of Rochester, where she currently studies political science with the dream of giving a voice to marginalized communities.

“There are so many hopeful and determined first-gen Latino youth like me who just need that extra support and someone to believe in them to accomplish their dreams,” Hidalgo said.

Buontempo said that while LUCA’s work may be on the local level, the impact is vast.

“As the youngest and fastest-growing demographic in our county and in our nation, the future of education will be dependent on the progress and success of Latino youth,” she said. “When we invest in Latino students, we are investing in a brighter future for them, for our communities and for our nation.” 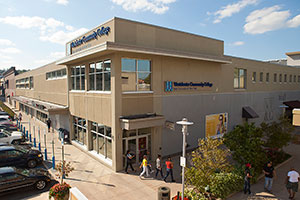 WCC to Lease More Space at Cross County in Yonkers 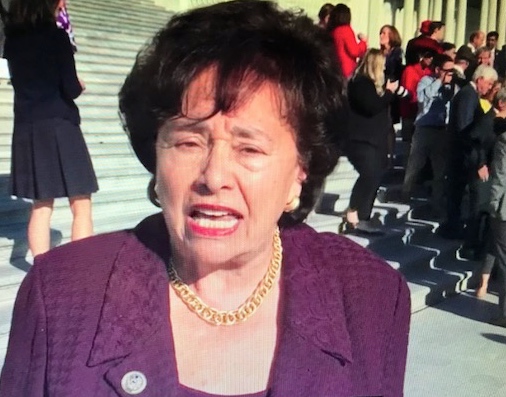