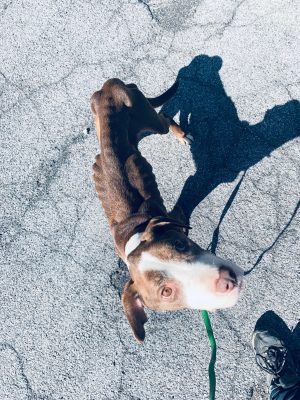 The Putnam County SPCA is seeking information regarding a possible case of animal cruelty in Putnam Valley.

According to the SPCA, at about 9:45 a.m. March 2, a Good Samaritan saw three pit bulls that appeared to be extremely emaciated running at large on Tinker Hill Road, which that person caught and took to a Putnam Valley shelter.

Due to their condition, the dogs were taken by Dog Control Officer Mary Madsen to the Carmel Animal Hospital, where they were rated at 1 out of 9 on the Body Condition Score (1 being severely emaciated, 5 being normal, 9 being obese).

The Putnam County SPCA is investigating this as possible animal cruelty/neglect and abandonment, misdemeanors under the New York State Agriculture and Markets Law.

Anyone with information regarding these dogs is asked to call the SPCA’s animal cruelty hotline at 845-520-6915.