SOMERS had a successful 2021 season, however, it came to a premature conclusion in the quarterfinal round of the Section 1 Class A Girls’ Soccer Championship to Pearl River in the fourth overtime.

It was a crushing way to end a team’s season, especially for Somers’ nine seniors. Despite the loss, current senior and captain Victoria Olsen said the team came away with many positives that they had planned to build on for the 2022 season.

“We learned to never give up, consistency, and the importance of leadership,” said Olsen, a three-year varsity starter. “We had some rough patches during the 2021 season but we persevered and continued to work hard. These are things that we have taken from last year and are using this year to go even further.”

Somers has once again established itself as a prime contender for the Section 1 Class A soccer title as the Tuskers are currently 5-0, outscoring their opponents, 30-3.

Not many programs can withstand the graduation of nine seniors, including five starters, and still remain a sectional power. Somers has continued its high-caliber play based on the returning nucleus, highlighted by Olsen along with classmates Ava Giudice, Lindsay Gill, Maddie Lyle, Natalie Phelan, Alexis Aakjar and goalie Hannah Maguire.

Somers also boasts two of the top sophomores on Section 1 in Julia Arbelaez, who has a five-goal game this season, and Tiana Righetti, both returning starters. Once this core was combined with the varsity newcomers in preseason, Somers was in step and ready to go.

“In preseason, I saw a lot of new talent that meshed well with the talent we already had,” said Olsen, who plays midfield and defense. “I easily was able to envision all the players playing well together and creating a strong team connection.”

Somers could not have asked for a better start with five wins, especially its ability to score. Olsen credits teamwork, on and off the field, for the success to date.

“I have been really impressed by the way our team helps each other,” Olsen said. “Every person in every position helps everyone on the field which makes the playing dynamic a lot easier and smoother. I think we have a tight-knit friendship and bond that makes us effective offensively and defensively. All of us are good friends on and off the field and I think because of that we can easily play together and have trust in all aspects of the field.”

As Somers prepares for the difficult part of its schedule, it does so with confidence. However, the Tuskers also understand they need to focus on improving daily.

“The past few wins have allowed us to gain confidence and see what we need to work on to make our team even better,” Olsen explained. “The upcoming games are definitely going to be a challenge, but we’ve been training really hard and we’re ready and prepared to be put to the test.”

YORKTOWN was a perfect seven through seven games, but forged a 2-2 overtime draw with Harrison to close out its week.

Despite the tie, Yorktown Coach Rich Armstrong was pleased with his team’s performance against Harrison as the Cornhuskers rallied from a 2-0 deficit.

“We were able to get a goal before the half and then we tied the score 10 minutes into the second half,” said Armstrong of the Harrison game. “The girls battled and worked together to tie the score, which was great to see.”

Olivia DelGaudio and Jules Vano had the Yorktown goals and Peyton Case and Kaitlyn Judge each had an assist. Ciara O’Brien was excellent in goal with 12 saves.

Vano had a hat trick and Emily Ward registered three assists in a 6-1 win over Panas.

DelGaudio and Judge added goals. Yorktown filled out the statistics’ sheet with assists on all six goals. Olivia Lucas, Kendall Kardon and Meghan Sharks each had one assist apiece. Cori Rosenberg and O’Brien (eight saves) combined for 12 saves.

Trailing 1-0 at the half to Hen Hud, DelGaudio and Vano scored in the second half, Vano and Ward had assists. O’Brien had another excellent game in goal with 16 saves.

Vano scored both Yorktown goals in a 2-0 win over MAHOPAC with Ward and Judge assisting. O’Brien making 16 saves.

In three full games and one half O’Brien recorded 50 saves.

“The girls worked hard to get wins each match,” Armstrong said. “A 2-0 win over Mahopac proved that 15 could work together and play with a lot of passion needed to win important games.”

HEN HUD sandwich a pair of wins – 3-2 in overtime over Harrison and 6-0 over Panas – around its first loss of the season – 2-1 to Yorktown.

Harrison had a 2-0 lead in the second half before Hen Hud rallied to even the score on goals two minutes apart.

Hen Hud received a scare as a Harrison shot glanced off post to open overtime. At the four-minute mark, Maddie McKinley sent the Sailors home happy with the winner, assisted by Morgan Parks.

“It was a very exciting game and an incredible comeback by the girls,” Hen Hud coach Bill Pagel said. “We stayed mentally strong and worked our way back for the win. It was a great confidence-builder for the girls. Lexi Schaffer made six saves and kept us in the game in regulation.”

Hen Hud held a 1-0 lead at halftime of the Yorktown game on a Lena Johnsen header off a corner kick, assisted by Liv Johnsen. But, Yorktown scored twice in the second half.

Schaffer handled three shots for her fourth shutout of the season.

“We’re very pleased with how we’ve been playing,” Pagel said. “This was a big week for us with three tough opponents. I was very happy with how we played in the Yorktown game even though we didn’t get the results we wanted. It was a very evenly-played game. Unfortunately, for us, their goalkeeper made some great saves and that was the difference in the game.”

LAKELAND only played once, a 4-0 win over Peekskill, improving to 4-1 this season.

The Hornets have a difficult week with games against fellow Class A powers, Rye and Pearl River.

“The upcoming week will probably be the most challenging of the entire season,” said senior and captain Deanna Lage. “We play two very well-coached and talented teams so it will definitely be difficult, but I have confidence that if we show up to play like we have been practicing, we will be able to hold our own, for sure, and hopefully come out on top.”

PEEKSKILL dropped games to Brewster (5-1) and Lakeland (4-0), but closed out the week with an 8-0 win over Roosevelt.

Michelle Barreto, Valeria Otavalo and Mayra Perez each had one goal and one assist. Evelyn Zumba and Janeyra Maldonado also scored goals.

Jennie Zhizhpon and Anais Patino did not face a shot in combining for the shutout.

Zhizhipon made seven saves in the first half and

Perez had four in the second half.

CARMEL opened its week with a 1-1 draw with White Plains, then defeated Arlington B, 2-1.

Kyra Bates, on a penalty kick, and McGlynn scored against Arlington and Kaiyla Gard had an assist. Ricker stopped six shots.

“With each game, the girls continue to make progress and work better together on the field,” Weindel said. “Playing in such a competitive league, the back line and goalkeeper will continue to be tested, but I feel will definitely rise to the occasion.”

Other soccer news and notes from the area:

Publisher’s note: Athletic directors from a number of the local programs we cover did not get back to us seeking details and comments. Only limited detail was available or confirmed by other programs for games we were unable to attend. Efforts to reach FOX LANE, WESTLAKE, BYRAM HILLS, and VALHALLA were not successful this week. Please reach out to Sports Editor Ray Gallagher at rgallagher@theexaminernews.com to facilitate contact with our soccer and field hockey reporter Tony Pinciaro. Examiner-area coaches are encouraged to contact Tony Pinciaro tfinch23@optonline.net for inclusion in our Field Hockey and Girls’ Soccer Notebook. 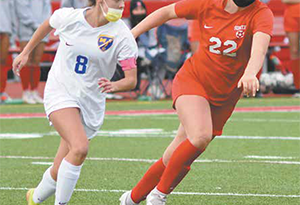 Clutch Free Throws Lift the Quakers to a Victory at Rye 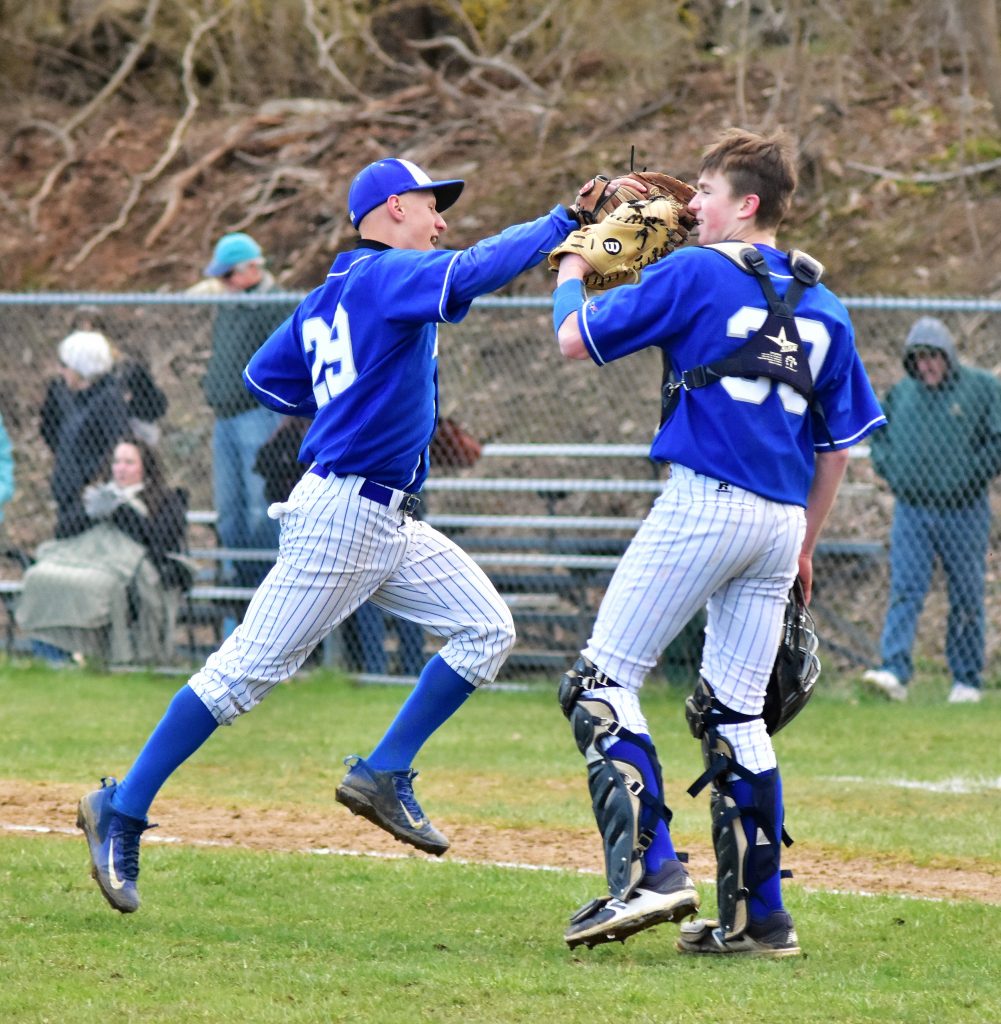