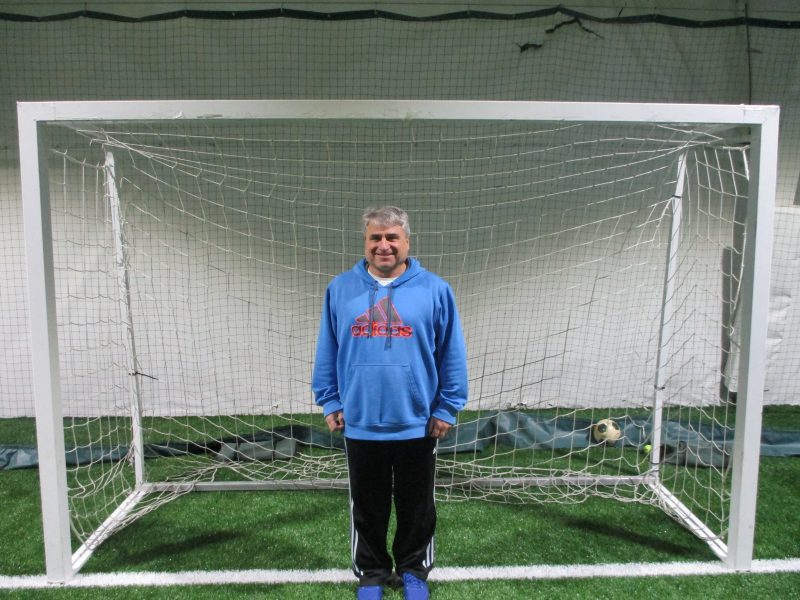 Irvington resident Mike Friedlander is general manager and one of the owners of Solaris Sports Clubs, which opened on Veterans Road in Yorktown three weeks ago.
Photo credit: Neal Rentz

With a late fall and early winter that has included its share of brutally cold and stormy weather, there is a new place to play soccer and other sports indoor in Yorktown.

Solaris Sports Clubs opened on Veterans Road three weeks ago by Irvington resident Mike Friedlander, who is the facility’s general manger, as well as other partners in the joint ownership.

Solaris Sports Clubs offers two basketball courts, soccer fields, and space for pickleball, which Friedlander said is a popular participant sport. Pickleball is played on a badminton-sized court and a slightly modified tennis net. Participants, whether as singles or doubles players, use a paddle and a plastic ball with holes, according to the USA Pickleball Association Web site. Pickleball is a “very big popular sport” that is a combination of tennis and ping pong, Friedlander said. “It’s a lot of fun and it’s very fast paced.”

Other sports that will be played at Solaris include volleyball, soccer, lacrosse, field hockey, flag football, baseball and softball on new indoor fields. The tennis courts have been replaced with two artificial turf fields, Friedlander said. There will be youth programs set up in soccer, lacrosse and basketball. There are already rentals by many soccer clubs for practices, said Friedlander, who has served as a youth soccer coach. He noted it is not safe to play sports such as soccer outside in the cold weather months.

Friedlander is seeking to encourage adults from the local area to use the facilities at night after their working day is over from 9 p.m. to 1 a.m. “That’s one of the things that we really want to stress because this is a place where people can come and socialize, not just playing sports,” he said.

Though changes have been made, the new business is also continuing from the former owners of the business the gym facilities, Friedlander said.

“Our gym membership is still active and flourishing,” he said.

Solaris Sports Clubs is located at 201 Veterans Rd. in Yorktown. For more information, call
914-962-4094 or send an e-mail to Mike@Soaris-sports.net. The business also has a Facebook page.