Skip to content
The White Plains Examiner
April 23, 2018 Anna Young 276 Views 2 min read
We are part of The Trust Project

Over 100 Westchester residents marched through White Plains on Sunday to bring awareness to the issues impacting the county and the nation in hope of fostering solidarity and creating a more just and equal society.

Participants of the Westchester Social Forum stepped off at Pace Law School on N. Broadway and made a loop of the downtown. Members of Moms Demand Action, Westchester for Change, Amnesty International, Black Lives Matter, and other groups garnered a vast amount of attention with demonstrators carrying an array of signs and chanting “No Justice, No Peace” and several other slogans.

Throughout the six-hour forum, community organizations gathered at the Pace campus to discuss and combat the nation’s most pressing problems. The Social Forum provides an environment for local advocates to learn about the different movements throughout the county and connect as a community.

The afternoon kicked off with attendees gathering on the front lawn in front of the Chapel of the Divine Compassion on the former Good Counsel campus where Owl (Steven Smith) of the Ramapough Nation shared a sentiment in the original Native American language of the land. He also spoke of his continuous efforts to stop oil production and pollution from damaging the environment.

Laura Case, leader of the Homeless are People Too Committee with Community Voices Heard, ran a workshop on the county’s homelessness crisis and provided information about ways to get involved with the organization. Her committee is comprised of homeless and formerly homeless residents pushing for better treatment and affordable housing.

“We have a homeless system that does not take peoples needs into account and the conditions are honestly very poor,” said Case, who was formerly homeless. “And it’s important to me that we bring this issue, and other social justice issues to the public’s attention.”

White Plains resident Emil Donofrio stressed that there’s too many issues affecting society to remain silent. He said his main concerns include health care, gun violence, the environment and immigration, adding that deporting people without due process or respect for their rights is misguided.

Stop the Algonquin Pipeline (SAPE) cofounder Susan Van Dolsen touted the event for allowing attendees the opportunity to stand together and support anyone who has ever been impacted by any issue impacting society.

“A day like today really brings together people from various causes who really need to stick together and fight together for what we deserve as individuals and as a society,” she said. “It makes us stronger if every group joins into the movement to say that we’re not going to be run over and we’re going to stand together and fight for our most basic rights as a collective society.” 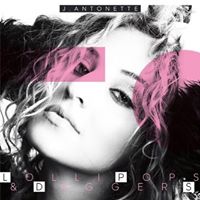 Falcons’ Offense, Defense Click on All Cylinders in 41-12 Domination of Haldane