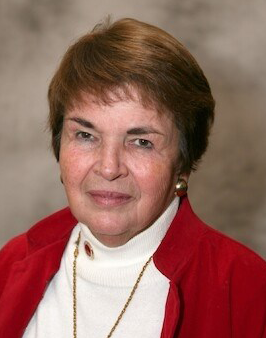 Sister Janet Meehan, RDC (formerly known as Sister Mary Leonard), a sister of the Divine Compassion and a longtime decorated track coach at John F. Kennedy High School in Somers, died peacefully on June 17. She was 78.

Meehan was born on Aug. 16, 1941, to John and Louise (Cancro) Meehan. She attended Hawthorne public schools and graduated from Good Counsel Academy High School. She received her bachelor’s from Good Counsel College in White Plains and her master’s in fine arts from the University of Notre Dame.

Meehan began her teaching career at Preston High School in the Bronx. Following her time there, she moved to Kennedy Catholic in Somers where she taught math and was chair of the Art Department. One of her favorite tasks was as coach of the track team. Meehan received a number of awards in her career – including the Educational Art Teachers Award from the Rhode Island School of Design and the Lacey Award from the Westchester Coaches and Officials Association. She was named Coach of the Year by Gannett Westchester in 1990.

Meehan is survived by her Sisters of the Divine Compassion; her sister, Marilyn Rhode, and her husband, David; her brother, John Meehan; and two nieces, Joanna Meehan Rhodes and Elizabeth Meehan Barrow.

A wake and funeral mass took place on June 20 at the Chapel of the Divine Compassion. Interment was at Mount Calvary Cemetery in White Plains. Arrangements were handled by McMahon, Lyon & Hartnett Funeral Home.