Harvey and Smith traded gratitude during their remarks, according to a press release. Smith thanked Harvey for providing the boat, which would be critical in keeping residents on the water safe while Harvey thanked the members of several marine law enforcement units for the work they do each day. 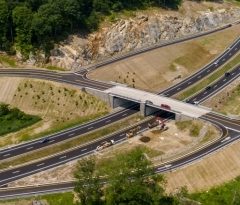