Skip to content
The Putnam Examiner
December 29, 2014 David Propper 312 Views 3 min read
We are part of The Trust Project

First up was the approval of a new IED detection dog, which was is being funded by a $60,000 grant that was applied for by the sheriff’s department. The pure-bread German Shepard would be trained as a bomb-sniffing dog and could be cross-trained to help find missing children or adults. The animal would be assigned to an existing officer, who would receive a $6,000 stipend for the extra duty.

Legislator Dini LoBue was vehemently against the approval of the resolution, noting that the sheriff’s department did not follow proper procedure when applying for the grant. She stated that the department only approached the legislature after the money was applied for and received instead of beforehand. In addition, she stated that hiring another K9 officer would be a duplication of services since the county already has a bomb sniffing dog and, when necessary, can borrow a bomb sniffing dog from the state police or the MTA.

“I couldn’t justify this additional dog…we’re growing government, I don’t see the need for it. This isn’t New York City,” she said.

Legislator Sam Oliverio contested LoBue’s assertion that dogs can be borrowed from other policing agencies, noting that the animals are not always available when they’re needed. An assistant principal at Putnam Valley High School, Oliverio noted that without fail each year a student in the school will call in a bomb threat to try and disrupt final examinations. When this happens, the school must evacuate the students until the building is checked by IED detection dogs and Oliverio explained that, two years ago, Putnam Valley High School was forced to dismiss students after waiting more than three hours for a borrowed K9 unit that never showed up.

“I couldn’t imagine the MTA giving us anything except a tax,” said Chairman Carl Albano. “If we need help, I’m depending on our sheriffs.”

“I like the idea that we have this bomb dog there because, god forbid there is a bomb in that building…you can’t put a cost on that,” Oliverio added. “I can’t see why we would turn our back on this; this is a great thing. Health and safety has to be paramount.”

Legislator Roger Gross agreed with Oliverio, noting even though the sheriff’s department did not follow the approved procedure, legislators need to look past the red tape to make a decision that is best for the county.

Prior to the approval of the 2015 county budget, the sheriff’s department had requested three vehicles, one of which was approved by County Executive MaryEllen Odell. They were asked to find funding in the 2014 budget to pay for the remaining two cars, which they did.

Legislator Ginny Nacerino said although the sheriff’s department was only following the instructions they were given, she would like to see certain budget lines remain nontransferable. In addition, she said expenditures such as the vehicle purchases should not be revisited after the county budget hearings, noting that it undermines the authority of the county legislators.

The new vehicles will replace old police cruisers that have more than 130,000 miles on them. Those old vehicles will be auctioned off to help fund the purchase of new cars. 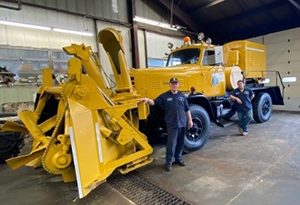