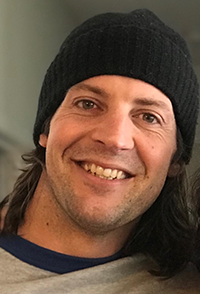 It is with profound sadness that we share the news of the passing of Scott Young Frey on Jan. 26 at age 36. After fighting a courageous battle with a virulent and little-known strain of cancer, Scott passed away in his home in San Francisco surrounded by his family.

Scotty grew up in Pleasantville, where he was well-known and much loved. He was a talented athlete, playing basketball, baseball and football since third grade with the Dad’s Club and culminating his career as a member of the Pleasantville varsity basketball team. He had an unparalleled sense of humor, generous spirit and boundless sense of compassion.

After graduating from Pleasantville High School, Scott earned a Bachelor of Arts degree with honors from Charleston Southern in 2007. Scotty moved to San Francisco in 2010 to join his brother Evan. Together they spent the past decade charming scores of Californians at the Wreck Room, which they transformed into San Francisco’s unofficial New York Mets, New York Jets and Oregon University Duck bar. In the past year, Evan acted as Scott’s caretaker, steadfastly supporting him throughout his illness, for which his family is deeply grateful.

In lieu of flowers, those wishing to express sympathy may consider making a donation in Scotty’s name to the Bartender Emergency Relief Program, through the USBG National Charity Foundation at https://usbgfoundation.networkforgood.com.