Skip to content
The White Plains Examiner
March 30, 2015 Al Coqueran
We are part of The Trust Project

The 20th Annual Battle of the Bravest Charity Cup Hockey Game was held at Ebersole Ice Rink, on Saturday, March 28. As the “Bravest” have done for the past 20 years, the White Plains Firefighters challenged the Westchester Firefighters, which is a hockey team assembled from fire companies across Westchester County.

The Battle of the Bravest is organized each year by the Professional Firefighters Association (PFFA) Local 274, whose mission is to contribute to the Ronald McDonald House of the Greater Hudson Valley. All proceeds from the Battle of the Bravest Charity Cup Hockey Game are donated to Ronald Mc Donald House. Last year’s Charity Cup Hockey Game raised $19,300.

The Ronald McDonald House of the Greater Hudson Valley opened in 2011 and is located on the grounds of the Maria Fareri Children’s Hospital in Valhalla. It is a home-away-from-home for parents and children that helps to maintain family unity while the children are being treated for serious illnesses and injuries at nearby hospitals.

White Plains Firefighter Lieutenant Rich Servello has organized the Battle of the Bravest Charity Hockey Game, for the past 10 years. “This event is something that I and the entire Union Local 274 are very proud to be a part of each year,” said Servello. “We have seen the Battle of the Bravest grow over the years and we have been able to donate more and more money each year to the Ronald McDonald House.”

Servello also leads a team of White Plains firefighters, who volunteer to cook dinner for the families at the Ronald McDonald House each year.

Servello could not estimate during the event just how much money was raised this year. Sources included ticket sales, sales from Battle of the Bravest insignia T-shirts, raffle tickets for prizes, advertisement donations in this year’s program and other contributions. But he did have a charitable goal in mind.

The Ceremonial Puck Drop this year was conducted by the McCarthy Family from Greenwood Lake, New York, whose daughter Taylor was born prematurely and spends time at the Maria Fareri Children’s Hospital for treatment. “It is a home-away-from-home because we live an hour away and Taylor is in and out of the hospital a lot,” said Taylor’s mother Kristi McCarthy.

The McCarthy Family was one of the first families that sought comfort at the Ronald McDonald House of the Greater Hudson Valley, when the doors opened in 2011. “While Taylor is in the hospital my husband can sleep at the Ronald McDonald House and still go to work and I can stay with her at the hospital. The House also gives us meals. It is just amazing,” said Taylor’s mother.

City of White Plains Mayor Tom Roach escorted the McCarthy Family onto the ice for the Ceremonial Puck Drop and stayed for the entire game. “I am very proud of our Fire Department for how professional they are but also for what they do in our community. I am also grateful and appreciative to the guest firefighters from Westchester County, who came out for this important cause and what they do everyday,” said Mayor Roach.

Roach was not only on hand to demonstrate his support for the good deeds of the White Plains and Westchester Firefighters; he is a Cancer Survivor and understands the stress that encompasses a family when a family member has a serious illness.

“The greatest stress a family can have is a sick child. The Ronald McDonald House helps to relieve some of that worry and concern. I can remember thinking when I was sick and being treated, if this was happening to one of my children, I do not know if I could take it. Therefore, the parents that deal with it and deal with it so well, I am in awe of,” said Roach.

The White Plains Firefighters were winning 6-5, with one minute and thirty seconds left in the game. Then Andy Culpepper decided that only the Ronald McDonald House of the Great Hudson Valley was going to be winners on this day. Culpepper skated through White Plains defenders and scored the final goal of the game to tie the score, 6-6.

Nonetheless, the 20th Annual Battle of the Bravest was a spirited event from start to finish and everyone had a great time. Furthermore, the real winners won, the families who desperately need the Ronald McDonald House of the Greater Hudson Valley. 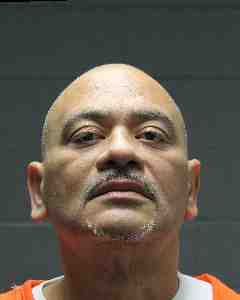 Volunteer Event to be Held Friday in White Plains