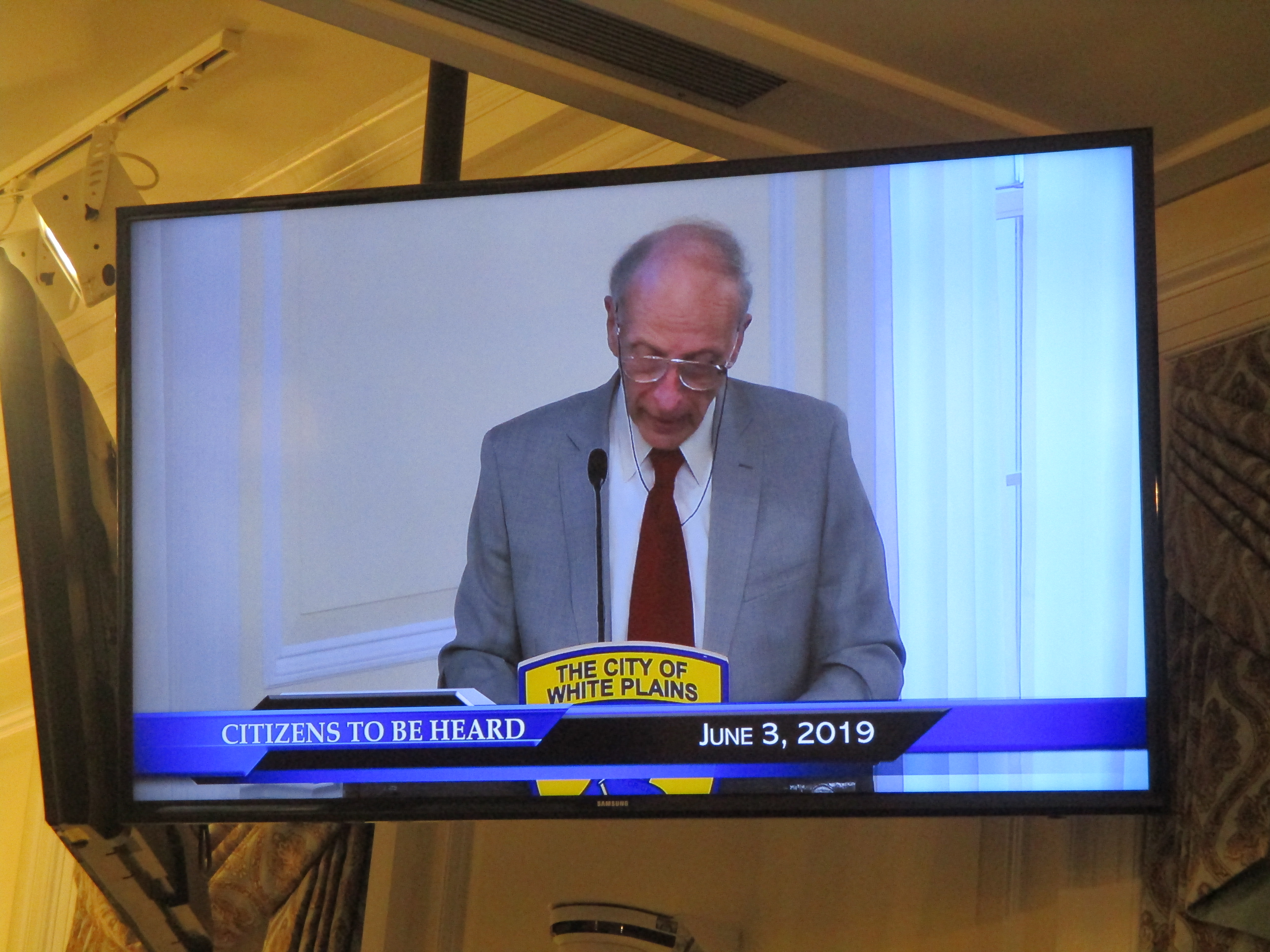 Ed Lobermann was one of several White Plains firefighters who came to the June 3 Common Council meeting seeking to no longer pay for a portion of their health insurance premiums. Neal Rentz Photo

Several retired White Plains firefighters came to the Citizens to be Heard portion of the June Common Council meeting to call on city officials to no longer require them to pay a portion of their health insurance.

However, in an interview following last week’s meeting, Mayor Tom Roach said he was not in favor of changing the current city policy.

“I requested that that we be able to meet with the appropriate city officials to assist in brainstorming means to restore our benefit,” Lobermann said.

Lobermann said he has not spoken with Roach for several months. On May 10 he called the mayor’s office to ask that Roach return his call. On May 13 he had a short phone conservation with Corporation Counsel John Callahan who returned his call. “Mr. Callahan said he believes the decision of the Common Council was to make no changes. He did not elaborate and I was stunned,” Lobermann said. “This was not the response I expected because I had positive feelings after meeting with all of you. He did say I can speak to the Council. So here we are.”

Lobermann said he understood the financial ramifications of changing the policy, but he wanted city officials to again meet with the retired firefighters.

William McGovern, president of the White Plains Retired Uniformed Fire Fighters Association, said, “For 20 to 40 years these dedicated men put their lives on the line every day to protect the city,”

“Everyone signed on for dangerous duty at lower than normal pay in return for the promise of the same health benefits in retirement as they were on the job,” McGovern said, noting many city firefighters lost their lives on duty.

Roach said after last week’s Common Council meeting he opposed changing the city’s policy on requiring retired firefighters to pay a portion of the health insurance, which began nine years ago. All city employees then were required to pay a percentage of their health insurance premiums.

“It was litigated in court. The police were in a similar situation. The court ruled in favor of the city. That we indeed had the right,” Roach said. “The courts have ruled that contrary to what’s being said that we could do that.”

“It’s the same for the police officers and everyone else,” Roach said.