Skip to content
The White Plains Examiner
January 28, 2014 Pat Casey westchester
We are part of The Trust Project

During the early weeks of 2014 after Congress worked out its budget compromises, Congresswoman Nita Lowey (D-Harrison) representing constituents in Westchester and Rockland Counties, was busy visiting newly elected local officials and nonprofit organizations in the area, explaining what federal monies had been allocated to various agencies and finding out about local economies.

Last week, she took time from her busy schedule to sit down with Examiner editors.

As a senior Congressional democrat, Lowey was one of four representatives who met to negotiate and work out the final details of the compromise federal budget.

The top republican and democrat from both the House and the Senate sit on all 12 of the budget committees and are charged with signing off on every one of the bills.

“The most contention occurred during the budget process when the Senate and the House were trying to work things out,” Lowey said. “Once we had the budget number, we worked very closely together.”

With concessions being made on both sides, Lowey said she was pleased overall and glad to get major increases for early education funding.

“Since Head Start, Pre-K and other programs are funded primarily at the state and local level, the federal government is very important in the extra 9 percent it provides because these programs would not be funded without federal participation,” Lowey explained. “It comes back to the whole tax issue. If the federal government didn’t contribute to these priorities then the locals would make decisions based on their priorities and there would be greater taxes, which no one wants,” she added.

While not committing to any real disappointments, Lowey said she was generally pleased in the amount of money going toward medical research at the National Institutes of Health (NIH).

“I still think there are thousands and thousands of proposals that are sitting there unfunded that could provide solutions for major health issues such as Alzheimer’s disease, autism, heart disease, and diabetes,” Lowey said.

“I stress this because the economy is number one on everyone’s mind, especially creating jobs. Medical research not only prevents diseases, but in the Metropolitan region it is a very important job creator. Creating jobs is essential to moving the economy forward,” Lowey added.

Despite the unemployment rate slowing down and a more optimistic economic attitude at large, the Congresswoman said she is a strong advocate for continuing unemployment benefits.

“Most people want a hand up, not a hand out. Put aside the degradation and lack of dignity. People on unemployment contribute to the economy by shopping in food stores and other retail establishments,” Lowey explained. “I have visited the local food banks and the numbers of people using them are rising significantly.”

Lowey said she believes economists who predict the economy would slow down if unemployment were not extended.

Viewing her role as an advocate for the whole Metropolitan region because it impacts the over 1 million commuters traveling from Rockland and Westchester into Manhattan each day, Lowey said that when she votes on funding for programs like Homeland Security in New York City, her constituents are the benefactors.

Getting funding for transportation improvements and aide for rebuilding and improving after big events like Super Storm Sandy also benefit the entire region.

Regarding the Affordable Care Act, Lowey said things have quieted down quite a bit nationally since the technological issues on the federal website have been worked out. “The response rate on both the federal and state sites is a couple of seconds now,” she said.

In New York State Lowey said some 500,000 people had already signed up for healthcare.

Lowey agreed that some of the criticisms of the health program were valid and that as with other major federal programs serious problems could be worked out over time through amendments.

“We now see healthcare expenditures beginning to go down. I am cautiously optimistic,” she said. “People are now getting healthcare who never had it before. It is a shame that the federal roll out of the program was not more effective in the beginning. Some states did not want any part of it, some even wanted to destroy the program completely, but right now we’re not hearing very much because it is rolling along. The more people who get insured the more beneficial the program will be.”

Lowey believes Medicaid and Social Security are essential and must be protected and preserved. “It is not going broke. Some studies say it [Social Security] is alive and well to 2033,” Lowey advocated.

She is strongly against block grants and vouchers and claims the democratic caucus remains firmly against them. “I cannot speak for the republican caucus,” she said, “but I would not be surprised to see them come up again.”

As Congress returns, Lowey says she hopes raising the debt ceiling will not be a confrontational issue.

Locally the Congresswoman is planning a March conference in support of women in business. As a strong supporter of the education of women and girls around the world, Lowey says that when “Women Succeed, America Succeeds.”

As a strong supporter of Hillary Clinton since she first ran for president, Lowey said she hopes Clinton will run again. “She is one of the most talented and thoughtful Secretaries of State I have ever worked with,” Lowey said.

As for her own reelection, Lowey wants to continue to serve the people. “I am full of energy and gaining more energy every year. I am definitely running again.” 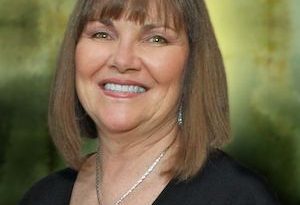