Skip to content
The Putnam Examiner
February 26, 2015 David Propper
We are part of The Trust Project

Connecting local businesswomen with other local businesswomen has been a passion for Jamie Imperati since she started Professional Women of Putnam (PWP) five years ago. As that fifth anniversary is going to be marked this March, Imperati, a Mahopac resident, has never been more excited about the direction her organization is going in.

“It’s a pretty diverse mix of women and women like to network with like-minded women,” Imperati said. “So people have made very good connections through the organization.”

With the delicate balance of professional commitments and personal pleasures harder to achieve for women in the 21st century, PWP looks to bring working women from a variety of career fields together to speak with each other about their business and family life and the challenges they face when both aspects interlock.

At the PWP’s first event in March 2010, Imperati was hopeful to at least attract 20 women who live in the county. But, in fact, more than 80 residents crowded the former Route 6 Bistrant, a clear indication there was a need for a group like PWP in the area.

Imperati moved up to Mahopac with her husband in 2003 after living in the Bronx and working in Southern Westchester, where she would regularly go to networking events in New York City. Bringing that networking up north has been rewarding for Imperati, who notes that many women have become good friends and in some cases even, have been able to professionally collaborate.

She still recalls three members — a mortgage broker, a realtor, and a real estate attorney — all meeting at the very first event and forming a trio that even to this day does business together.

“I’ve gotten to see it evolve and grow and the nice thing is people will let me know ‘Oh I met with so and so, we’re doing business together,’” Imperati, who also has three chilcren, said. “They keep me in the loop, which s great.”

Others working women in Putnam have lauded PWP as an integral role in the county.

Lisa Kaslyn, who owns and operates Prosper Communications in Carmel, said the organization allows women to break down barriers and have a more honest conversation than if it were a co- ed networking group. She noted there’s a certain warmth and commonality that women in PWP enjoy.

“I don’t know if intimidated is the right word, but there is a certain atmosphere that comes into play when men and woman are together in a business environment and for whatever reason women seem to kind of shy away or take sort of subordinate approach to the conversation,” Kaslyn said. “When it’s just women all together, that doesn’t happen. They can be themselves.”

As the communications director of PWP, Kaslyn said when the organization just began, residents were “clamoring” for it and it “took on a life of its own.” Now, over the past five years, both social and traditional media have continued to inform women about the organization that now enlist more than 150 members overall.

“I don’t think I could have been a strong legislator and still have a career and manage my family if I didn’t have strong women around me,” Odell, who was on the county Legislature before becoming county executive, said. “These groups should be congratulated for organizing and keeping women together and letting us know there’s somebody there for you on the days that you need somebody.”

She also noted within county government there are female department heads in the Office for Senior Resources, Consumer Affairs, and the Law Department, as well as many other women who work for county government, while still “balancing a family, children, and parents and just life in general.”

Imperati has scheduled a 5-year anniversary event for March 18 from 6 p.m. to 8 p.m. at the Route 6 Tap House in Mahopac. Putnam resident and President of the Westchester County Association Marissa Brett will be the featured speaker.

Imperati certainly isn’t going to rest on her five years of connecting and networking Putnam County women. She continues to promote the organization and has even started a northern Westchester chapter and a young women’s chapter for high school and college aged women.

The challenging balance of work and family that women in PWP face are even epitomized in Imperati herself.

Though Imperati has a desire to build up other PWP chapters in the region — she owns the name Professional Women in New York City and says “I have other names that are on my long-term bucket list,” — right now she has other aspects of her life to focus on.

“Right now, my kids are too little,” Imperati said.

To attend the five year anniversary, or for moreinformationontheorganizationplease go to www.profesionalwomenofputnam. com. 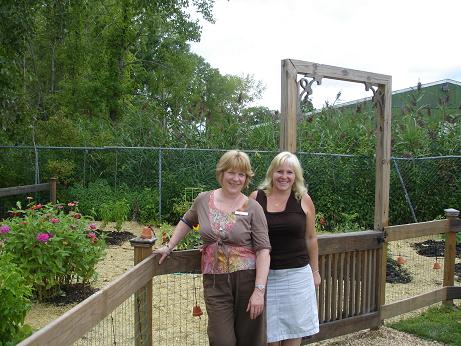