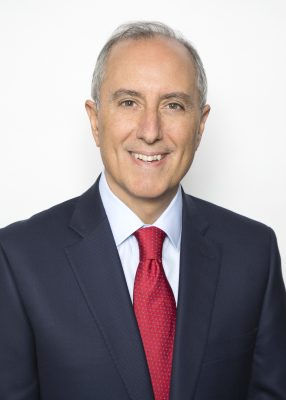 A recent news report showed a graphic of the earth surrounded by “space junk,” human-made debris in orbit around the earth. Even though there are more than 100,000 pieces of debris in orbit, many are so small – such as chips of paint and a spatula – they are near meaningless in the vastness of space.

The ever-increasing amount of space junk highlights the growing use of space for any number of purposes, telecommunications being just one. That bodes well for investors seeking new opportunities in the “final frontier.” In fact, analysts estimate that from its current $350 billion, the value of space investing could grow to between $1.1 trillion and $1.7 trillion by 2040.

There is solid math behind these estimates since several factors have furthered the economics of investing in the space economy. A major piece of that increase is expected to come from satellite broadband, which will vastly improve access to the internet globally. The space economy will include opportunities for commerce, exploration and scientific study, among other areas. Areas of investment, not counting aerospace and defense, will include the IT and telecom hardware industries that can range from earth-bound receivers to satellites.

Unquestionably, there have been challenges to the sustained development of the space economy, but the melding of governmental and private sector investments is a good sign that a hurdle-clearing advance is in progress. Considering that major aerospace firms are significantly dedicated to space programs for the military and private sectors, there are additional investment opportunities that can be nice additions to investors’ portfolios.

For instance, consider the many large firms that play a role in the space industry as suppliers, transporters, intellectual property owners and infrastructure developers. In addition, engineering software and advanced materials firms are emerging as the need for more durable, reusable and lightweight rocket technologies increases. Logistics will be an issue for space cargo carriers, and new facilities require specialized construction.

There is a well-established presence in launch vehicles, and growing interest in vehicle development for satellite launches and space station supply missions, not to mention the development of vehicles for human space travel.

With missions to the moon set for the future, and a manned mission to Mars on the drawing board, there is no question space will continue be on the minds of rocket scientists and businesses. With advanced technology, the day when average citizens follow the trailblazing astronauts to the frontiers of space is not far behind.

Just like the American frontier in the late 1800s, there is plenty of room in space to expand and grow. And media graphics notwithstanding, the only obstacles to getting there are limits on technology, which are falling by the wayside every day. The expansion of the old frontier brought significant wealth to generations of investors, and expansion into space can potentially do the same for current and future generations.

Unlike the old American frontier, there is no finite end to space, and once established, there are no known natural boundaries.

Peter Chieco is a financial adviser with the Global Wealth Management Division of Morgan Stanley in Greenwich, Conn. He can be reached at 203-625-4897.

The information contained in this interview is not a solicitation to purchase or sell investments. Any information presented is general in nature and not intended to provide individually tailored investment advice. The strategies and/or investments referenced may not be suitable for all investors as the appropriateness of a particular investment or strategy will depend on an investor’s individual circumstances and objectives. Investing involves risks and there is always the potential of losing money when you invest. The views expressed herein are those of the author and may not necessarily reflect the views of Morgan Stanley Wealth Management, or its affiliates. Information contained herein has been obtained from sources considered to be reliable, but we do not guarantee their accuracy or completeness.  Because of their narrow focus, sector investments tend to be more volatile than investments that diversify across many sectors and companies. Morgan Stanley Smith Barney, LLC, member SIPC.