There is a lot of media attention about the legalization of marijuana these days and all that exposure might tempt some investors to seriously consider jumping on the cannabis wagon.

In truth, there may be some potential for making money off of other people’s vices.

As recently as last fall, many analysts were singing the praises of the $50 billion marijuana industry, noting that the market is already developed and the only clouds on the horizon are from burning marijuana. With medical marijuana legal in 36 states and ongoing efforts to make recreational use of the drug legal in more states, the prospects for future growth seem quite bright.

But I would urge extreme caution before you plow a ton of your hard-earned income into the latest IPO from a start-up marijuana producer or retailer.

There are a number of reasons why it is best to exercise a bit of caution. First and foremost is the fact that while marijuana and its derivatives are legal for both general and medical usages in some states, it is still illegal federally. That little distinction can mean the difference between buying stocks and being placed in the stocks, figuratively speaking.

It also raises another issue relevant to the ultimate profitably of marijuana investments. Some states where marijuana is legal tax it to the maximum extent possible, making legal marijuana far more expensive than its illegal cousin. In Washington State, for instance, the marijuana that finally reaches consumers is taxed and re-taxed at every step of the process, amounting to a 205 percent tax that prices legal marijuana at twice the cost of street pot.

That doesn’t mean that all states will impose the same types of taxes on marijuana sales. In Oregon, a new law is likely to bring prices down by 20 percent, according to some estimates, which may be more general than specific, but supports the point that there is plenty of room for price negotiations.

All of which supports the point that the illegal marijuana industry still has a major hold on the existing market and it isn’t likely to loosen its grip any time soon. Which means the opportunities for investment could very well be limited for the immediate future.

Meanwhile, there still are plenty of more stable places to invest. Say, in Europe, for those who want to diversify their portfolios. Sure, there are all kinds of worries about Greece and the viability of the Euro.

And there is some uncertainty on the other side of the globe about Japan emerging as the number one holder of American debt, pushing China into second place. But successful investors, in good times or bad, do their homework.

NASDAQ hitting new highs? There are companies that are ripe for investment. Worried about whether this is another bubble forming that could bring it all down? Either way, the advice is the same. Do your homework. There will always be emerging firms that don’t have a solid foundation or the business acumen to succeed over time. And there are always businesses that can ride out the worst storms and soar in bull markets.

Some well-directed research can take a lot of the risk out of deciding where to invest and for how much. History has shown us an important lesson when it comes to owning a well-diversified portfolio of global stocks, and that is, the positive total returns far outweigh the temporary declines over the long term. This approach may produce the sweetest smell of all: financial independence.

Peter Chieco is a wealth adviser with Morgan Stanley Wealth Management in Greenwich, Conn. He can be reached at 203-625-4897.

The information provided in this article is not a solicitation to purchase or sell investments. Any information presented is general in nature and not intended to provide individually tailored investment advice. The strategies and/or investments referenced may not be suitable for all investors as the appropriateness of a particular investment or strategy will depend on an investor’s individual circumstances and objectives. Investing involves risks and there is always the potential of losing money when you invest. The views expressed herein are those of the author and may not necessarily reflect the views of Morgan Stanley Smith Barney LLC, Member SIPC. 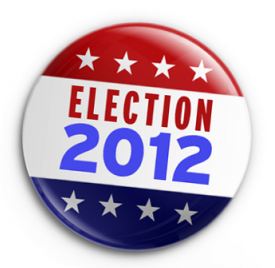