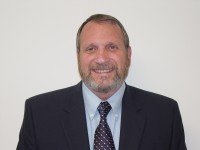 Lou Tartaro is currently the front runner to receive a one-year appointment to the county legislature, but not everyone thinks he’s the best choice.

During a recent Kent Republican Town Committee meeting, Tartaro collected 20 votes, getting the nod over three opponents. But some residents are urging the Putnam County Legislature not to appoint Tartaro because he was recently voted out of office after losing in November’s election.

The appointment would run for a year to finish Othmer’s term after his resignation takes effect on Jan. 1 because the county legislature chairman was elected to serve as Town of Kent highway superintendent.

Tartaro, along with longtime supervisor Kathy Doherty fell in convincing fashion to newcomers Maureen Fleming, who won the a contentious supervisor race and Paul Denbaum and Bill Huestis, who were awarded two councilman positions.

Tartaro said in an interview he believed he deserved to be appointed the position after the Kent GOP committee made their final decision and whether or not he was voted out of his current office shouldn’t make a difference.

Immediately after losing the election, Tartaro was said he was unsure is he’d make a push for the district 3 seat that represents much of Kent and a slither of the Town of Patterson, but he was swayed after receiving “significant support” not only from the Kent GOP committee but many of residents within the district.

“My record speaks for itself,” he said. “I feel I bring a lot to the table and I’m grateful for the opportunity to be able to continue in public service.”

“I do have a body of work that I do have what I feel is considerable accomplishments in my resume,” Tartaro added.

But there is a group of residents that aren’t as impressed with Tartaro’s public service and claim appointing him to the legislature after just losing an election isn’t following the will of the voters.

Kent Councilman-elect Paul Denbaum said at first he was “shocked” to hear Tartaro got the GOP endorsement, figuring a close friend or associate of Tartaro might get it instead.

While Denbaum would like to see the seat filled, he doesn’t think Tartaro should fill it.

“I think the county legislature should do its own homework and not rely on the ‘establishment in the Town of Kent that got thoroughly beaten in the most recent election,” Denbaum said.

Current Kent Councilman John Greene, who also put his name in the mix to possibly get appointed to the district 3 seat, said he didn’t think Tartaro was the right fit. Greene received just two votes from the GOP committee, while Patricia Madigan got 3 votes and Doug Koberger receive one vote.

Greene said he plans on going for the seat next election year regardless and is confident he can win in a primary election. Madigan and Koberger could not be reached for comment.

Greene said he expected Tartaro to be endorsed by the committee, saying it was talked about for months and he was “kind of like the anointed one.”

“Fact of the matter is he was still voted out of office by the people, by resident,” Greene said.

Greene didn’t run for re-election because he was considering a run for Town of Kent Highway Superintendent and also wasn’t sure how much time he could commit to the position following a job offer that he eventually didn’t take.

Tartaro said he’s “guardedly optimistic” he’ll be appointed because the usually procedure is the legislature respects the recommendation of the town committee.

Tartaro said either way, he plans on running for the district 3 position. He was a legislator in from 1987 to 1989 serving one term.

Othmer, who nominated Tartaro at the committee meeting, said he endorsed Tartaro for the position.

“He a very honorable person and he’s a smart person,” Othmer said. “But the problem is there are no young people coming to the meetings. There were no resumes sent to the Republican Party and everyone knew I was leaving.”

Othmer likened the appointment to when current New York Senator Kirsten Gillibrand was appointed to the senate after Hilary Clinton became Secretary of State.

Stressing the appointment was only for a year; Othmer encouraged residents interested to run for election next year. He said a special election for the one-year term would have cost the county thousands of dollars.

“(Tartaro) is the pinch runner until the election,” Othmer said.

Othmer added, “If you’re a member of the Republican Party, you should support your party member.”