Homestyle Desserts owner Rose Sanca is not trying to have her cake and eat it too. She just wants to be treated fairly by a city where she has run a successful business for the last 26 years.

“If I have to fight City Hall, it’s like I don’t belong here,” Sanca said. “I feel like a criminal in my own community.”

Sanca, who lives in Garrison, has a major beef with the City of Peekskill over a Visitor’s Center that is planned to be built right outside the doors of her popular bakery on South Water Street. She is not opposed to the Visitor’s Center. She is upset with the location of it, which will force her to relocate the main entrance and, more importantly, take away necessary parking for customers and 22 employees.

“When I first heard about it I wasn’t happy and I’m not happy today,” Sanca remarked about the two-story Visitor’s Center, which will be situated in front of the Lincoln Depot Museum. “I work for everything I have. I’m not the Cake Boss either. Nobody left me anything. I have millions of dollars invested in here. I feel like I live here. I spend most of my time here. This has turned my life upside down.”

Since early March, Sanca has collected more than 2,500 signatures from customers and local businesses on petitions calling on city officials to provide adequate parking for her business. She said she knows first-hand how a lack of parking can destroy a business since her first venture, Blue Ribbon Donuts in downtown Peekskill, failed in the late 1970s.

“This speaks for itself,” Sanca said, holding a pile of petitions. “The public reaction is it’s not neighborly and it’s not nice. It’s embarrassing for me.”

Peekskill Mayor Mary Foster and City Councilman Don Bennett insist the city is trying to work with Sanca to find a solution.

“It’s a conversation. It’s not supposed to be a confrontation,” Foster said. “It’s not as if the city doesn’t value her as a business owner. We certainly do. We want her to be successful.”

Neither of those options is acceptable to Sanca, who will be losing about a dozen free parking spots where the Visitor’s Center will be built. She would like some spaces that offer free parking for 10 to 15 minutes for customers as is done in other municipalities in Westchester, such as Croton and Yonkers.

“This is a community issue now. If my customers have to pay for parking, who is the next victim?” Sanca said. “What happened to me could happen to any business in Peekskill. Safety is an important factor here. Parking across the street is unacceptable. It’s not fair to the handicapped, the elderly or parents with children. I think it’s dangerous.”

Westchester County Legislator John Testa, who is also president of the Lincoln Depot Foundation, said when he secured an $8 million waterfront grant from the state when he was mayor of Peekskill the two-story Visitor’s Center was slated to stand where the Centennial Firehouse once stood.

After he left office, Testa said the Common Council changed the design plans and left the Lincoln Depot Foundation out of the loop.

“It’s not what we had originally planned. The plan was to share the parking with Rose,” Testa said. “I thought for the last three years she was part of the process but obviously she was not. Our goal was to take care and support all the businesses down there. They’re making a simple project very difficult.”

The Visitor’s Center, which will also include a banquet facility on the second floor and a café on the first floor, will be going out to bid by June and construction is expected to begin in the fall, according to Foster.

“For any type of business there has to be a certain number of spaces designated for customers,” Milone said. “If Rose is in conversations with the city I can’t believe a solution like this can’t be worked out.” 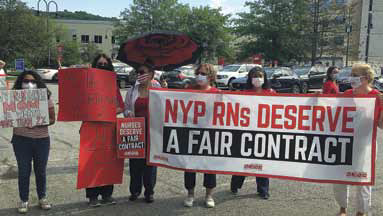