A Westchester County police officer who was hit by a car on the southbound Saw Mill River Parkway Friday morning was able to get a teenager out of harm’s way just seconds before he was struck.

Quick action by Police Officer Paul DeSousa prevented a 15-year-old boy from being hit by the same vehicle that struck DeSousa on the shoulder of the parkway just north of McLean Avenue in Yonkers, Commissioner George N. Longworth said.

As the out-of-control vehicle careened toward the officer and teen, DeSousa was able to grab the boy and hoist him on to the hood of the patrol car. DeSousa was then struck and flipped into the air by the impact.

Several motorists who witnessed the incident stopped to assist DeSousa, who was able to radio for help. He was taken by ambulance to Jacobi Medical Center in the Bronx where he was treated for multiple, non-life-threatening injuries and later released.

“Today’s incident is a reminder that police work is dangerous in many different ways,” said County Executive Robert P. Astorino who went to the scene and later spoke with DeSousa. “I want to commend Officer DeSousa for the decisive action he took to protect the safety of this young man. I am grateful that the officer was not more seriously hurt.”

The incident occurred just before 10 a.m. when DeSousa observed the teenager walking north on the shoulder adjacent to the southbound lanes of the parkway. Fearing that the youth could be hit by a car, he pulled over and got out to speak with the boy.

As DeSousa was preparing to give the boy a ride back to local streets, a 2014 Infinity coming southbound in the center lane lost control, crossed the right lane of travel and the shoulder, and struck an embankment. The car then came directly at the officer and teen as they stood near the rear passenger-oor of the patrol car.

DeSousa was able to get the boy on to the hood before he and his patrol car were hit. The teen was not injured.

“Officer DeSousa put the safety of the youth ahead of his own and used the few seconds he had to get the boy out of harm’s way,” Longworth said.

DeSousa, 27, joined the Department of Public Safety a year ago after serving in the military in Iraq and Afghanistan. 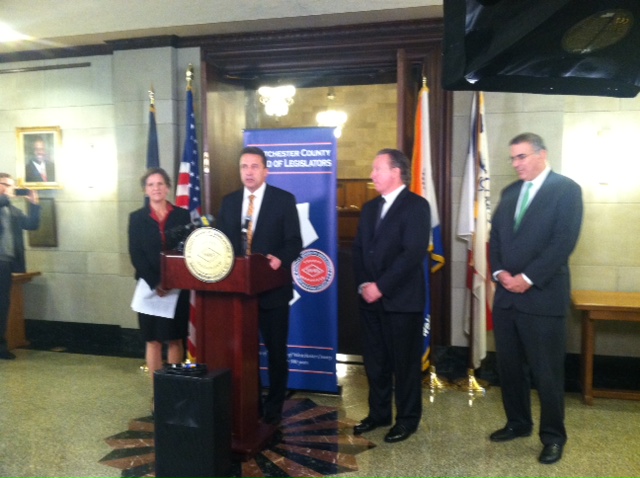