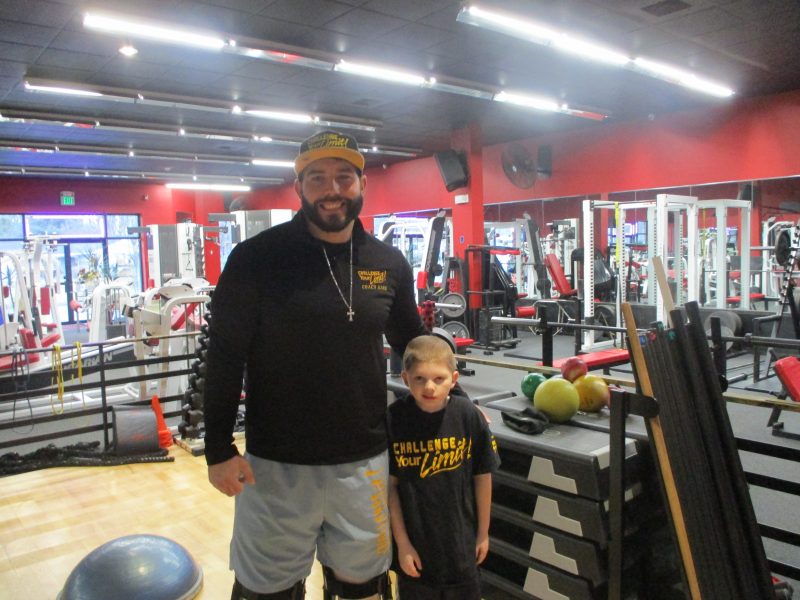 Bartelini said last week he is using his passion for physical training to help youths.

“I fell in love with working out when I was 13,” Bartelini said. As a high school student, he regularly worked out at Premier Athletic Club in Montrose. At the club he worked his way up from a waiter to a lifeguard to a camp counselor. “Everything I do I’ve learned in life from somewhere else,” he said.

Bartelini is also a motivational speaker who addresses the football team at Springfield College every year. He speaks about life and life choices.  “At one point in college I got injured and I started battling my own personal demons with addiction with opioids,” he said.  “That went on and off for about 10 years.”

“Every time I would come back from my substance abuse the gym saved me,” Bartelini said. “I always said if I didn’t like working out, I wouldn’t be alive.”

About three-and-one-half years ago, Bartelini overdosed and temporarily died. “I was gone. By the grace of God I lived,” he said. “I try to do more speaking, as much as I can. I don’t preach about anything. I just tell a little bit about my story. And I try to teach people that no matter what happens you’ve got to get back up. That’s the biggest thing with my kids.”

Bartelini is a physical trainer who works out of facilities in Mahopac and Yorktown as the owner of Challenge Your Limit Fitness. “I work with everybody,” he said, adding he has worked with “superstar athletes.”

“I have some topnotch athletes, but the greatest thing I do is I work with kids with special needs,” Bartelini said. He said he works with special needs youths through the New York State-funded Self Direction program. “We work out. We hang out. It’s kind of like a Big Brother thing,” he explained. “Everything I do with the kids is more than a workout.”

Bartelini said aside from his regular work with youths he throws end-of-the-year parties and has set up a college scholarship fund. He also makes free for his clients hooded sweatshirts, socks and headbands for female athletes. “It’s one big team,” he said. “To be on the team you just have to be is willing to work.” He works with 73 youths and sets aside a day every week to attend their games.

Bartelini said he also works with children as young as five who need occupational or physical therapy to strengthen their muscles with age appropriate exercises. A local doctor was so impressed with his work with one youth that he has recommended other youths to him, Bartelini said.

“Someone might say why is a five or six-year-old in the gym?” Bartelini said. “They’re not in the gym. We’re doing activities.” For someone with stomach muscle issues, like South Salem resident Cyrus Greene, that person is trained to sit up on pieces of apparatus, Bartelini said. “The progression happens really fast,’ he said.

Bartelini can identify with those who need physical therapy — he recently seriously injured both his knees while filming a promotional video with his athletes resulting in emergency surgery. “I got to go through it. It’s tough,” he said.

“I thought I was down and out,” Bartelini recalled. But his spirits at the hospital were raised by visits from family, friends and the youths he works with, Bartelini said.

“It’s been magical. It was never part of my plan. It just happened,” Bartelini said of his work with special needs youths.

“The biggest thing I do with kids is build their confidence,” Bartelini added. “It’s gone better than I could ever have imagined.”