Skip to content
The Putnam Examiner
February 19, 2014 David Propper 353 Views 1 min read
We are part of The Trust Project

While a public hearing on the Putnam Lake Park District only brought a few comments, the Patterson Town Board opted to keep the hearing open for its next meeting.

Last Wednesday, the town board heard comments about a local law change; with the major change being how many residents can sit on the advisory board for that district, supervisor Michael Griffin said. Originally, the law allowed for the advisory board to have seven members, but the change would reduce that number to five members.

Currently the Putnam Lake Park District board has just five members because it couldn’t fill the other two seats, which has made the board realize it can work effectively with just five, Griffin said.

The board has been in existence for one year and seven members have been part of the board, but only five at the same time.

Dede Lifgren, the chairperson of the board said it was put together in order for residents to help the lake. She said the current five-person board is a “good fit.”

“I don’t think good managing is necessarily the number of people,” she said. “But just good managers, especially when we had to do things really quickly.

Resident Deb Lawler said she is concerned too much responsibility is placed on the chairperson for various areas in the district, rather than delegating out to possibly six other members. Lawler added she thought it might tie the hands of future boards, which may want seven members to lessen the burden of overall work.

Marguerite Shortt said a seven-person board would be able to better reach out to the community.

“It’s difficult for five people,” she said. “There’s just so much work to do.”

Patterson’ next town board meeting is Feb. 26 starting at 7 p.m. at town hall. 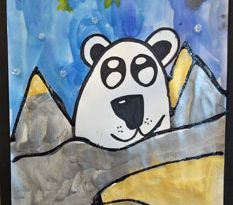 Artwork of Fulmar Road School Students on Display at Library