In last week’s NY Times article, Ritalin Gone Wrong, Dr. L. Alan Sroufe argued against the use of stimulants for treating ADHD, stating that a child’s environment is the cause of ADHD symptoms. He asserted that the current research trend – studying biological bases of ADHD – poses numerous risks. In this article, I am not claiming to be an expert on the long-term effectiveness of medications or to suggest that all children with attention problems need to be medicated, but I would like to point out the numerous risks of presenting information in the manner that was presented in Ritalin Gone Wrong.

Dr. Sroufe offered examples of how a child might develop ADHD symptoms through environmental experiences. Potential causes, he stated, are “family stresses like domestic violence, lack of social support from friends or relatives, chaotic living situations, including frequent moves, and, especially, patterns of parental intrusiveness that involve stimulation for which the baby is not prepared. For example, a 6-month-old baby is playing, and the parent picks it up quickly from behind and plunges it in the bath. Or a 3-year-old is becoming frustrated in solving a problem, and a parent taunts or ridicules.” It is obvious to most people how such jarring experiences could dysregulate a child. But do these provocative examples motivate readers to consider the author’s point of view, or do they evoke feelings of guilt and self-blame or defensiveness?

In the 1950’s and 1960’s, parents were blamed for their children’s autism and schizophrenia. “Refrigerator moms,” as they were called, were cold and distant, causing their children’s symptoms. Though this theory has been completely discredited, parents at the time suffered greatly. They were ostracized unnecessarily and their children received inadequate treatment. Similarly, in his opinion piece, Dr. Sroufe suggested that not only are parents to blame for a child’s ADHD, but they are uninformed and wrong in their choice of treatment.

Dr. Sroufe claimed that too many parents and professionals rely on stimulants to “correct” children’s problems. On the contrary, many are educated about the effects of medications and are aware that cognitive and behavioral interventions are crucial for overall treatment success. Cognitive remediation is one treatment of choice for ADHD children. Students practice organizational skills, devise strategies for work completion, work on inhibiting impulses, etc. Dr. Sroufe admitted that stimulants “enhance the ability to concentrate, especially on tasks that are not inherently interesting or when one is fatigued or bored,” and he very clearly recognized that experiences shape the brain. So, why is it so impossible to imagine that children’s experiences while medicated (e.g., practicing skills that may be repetitive and boring) might shape the brain? Dr. Luxem, a psychologist specializing in behavioral pediatrics, agreed: commenting that “Ritalin gives children with attention disorders the opportunity to learn the things their parents can teach them.” Perhaps those learned skills generalize to times when a child is off the drug. Many parents report that to be the case.

To reiterate, I am not in favor of medicating all attention problems. Dr. Sroufe has a point – maybe stimulants are used too frequently. But what was he trying to accomplish in his article? Is it useful to blame and alienate parents and professionals who believe they are doing the right thing? Dr. Sroufe’s message about questioning the efficacy of stimulants would be more powerful if it didn’t evoke such strong defensive feelings in those who use and prescribe them. One parent, a speech pathologist, replied to his article – “Ritalin virtually saved my child’s life. L. Alan Sroufe may have been “studying children” the way botanists study plants, but I have been raising one.” The method with which we communicate is powerful, and I wish Dr. Sroufe had chosen to appeal to readers’ sensibilities rather than belittling them.

Jaime Black earned her Doctorate in Clinical Psychology from Yeshiva University. She works in a private practice doing psychotherapy and evaluations. Jaime’s specialty is in working with individuals of all ages on the autism spectrum. www.spectrumservicesnyc.com. JaimeBlackPsyD@gmail.com. (914) 712-8208. 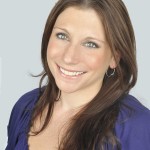