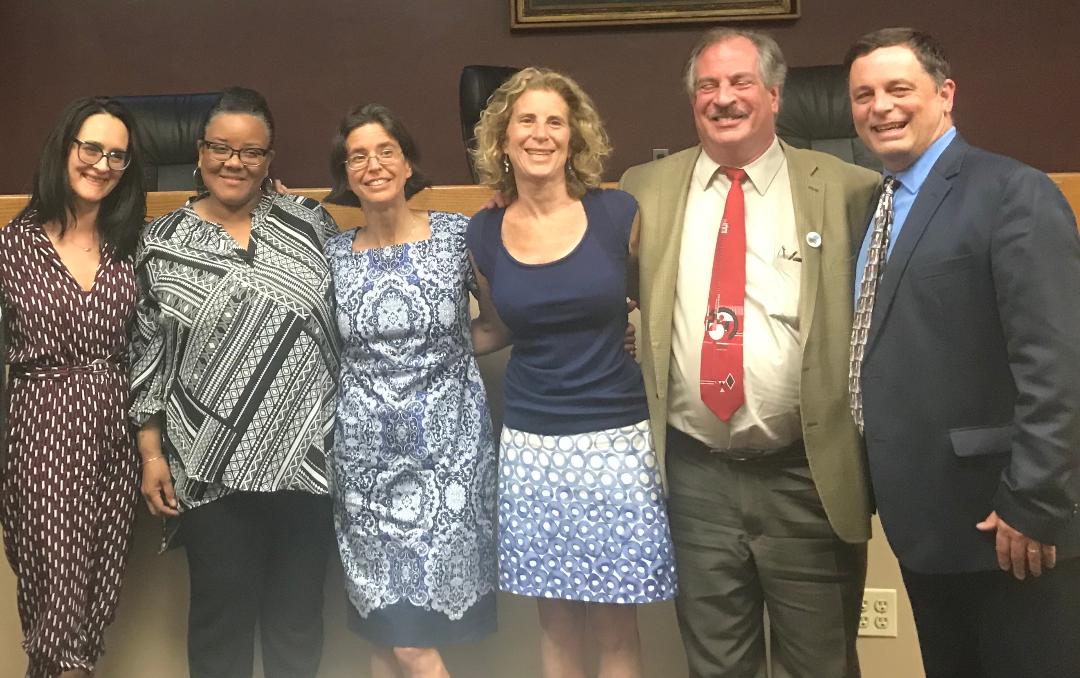 A panel supporting the legalization of marijuana in New York last week discussed the benefits of passing the legislation, covering topics from equity in the cannabis industry to how law enforcement would be able to determine impairment.

The June 4 discussion at Pace Law School in White Plains was moderated by Nada Khader, WESPAC foundation director, who introduced the five panelists. It was emphasized how decriminalization of marijuana, which has been in effect since 1977 – except for possession in public view, which is a misdemeanor – has been inadequate, said attorney and advocate Cristina Buccola.

Panelist Steven Rabinowitz, vice president of Families for Sustainable Drug Policy and an addiction services management consultant, described how there are already people who are using marijuana.

As a woman who works in the cannabis industry and the mother of an 11-year old boy, Osborne said it was important that parents have the chance to talk to their children about marijuana.

Osborne also explained that through Women Grow she advocates for equality in the cannabis industry. Out of the 10 registered organizations that grow marijuana, none are minority owned, just one is woman-owned and only one is New York based, she said.

“Like Tanya, I’m extremely concerned with creating an equitable cannabis industry that is not only reflective of the communities that have suffered the most harms, if they choose to participate in that industry, but making sure that women, LGBTQIA and other marginalized groups are able to participate in a meaningful way while not also causing a complete extinction of our medical programs,” Buccola said.

Rabinowitz explained how the categorization of marijuana as a Schedule I drug – drugs with no current accepted medical use and having a high potential for abuse – has negatively affected the extent to which it can be studied.

Peter Volkmann, chief of police in the Village of Chatham, Columbia County, said legalization with proper regulation is an unpopular view among law enforcement in New York State. The Westchester Chiefs of Police has already said it is opposed to the legalization of marijuana because of enforcement concerns.

“If we’re not successful at enforcement let’s adjust laws or deregulate or regulate, or whatever we need to do,” Volkmann said.

He explained that in states where marijuana has been legalized, such as Colorado, there are officers called Drug Recognition Experts (DREs) who complete extensive training to be able to conduct tests that determine whether someone is under the influence.

For people who are worried about access to marijuana and the attractive packaging of edibles, Buccola said that regulation would eliminate this packaging and make it harder to get into the product. Radio ads would air only during specific hours, she said, even when eventually broadened to advertisements on television. Osborne concurred, saying that cannabis ads would be very restrictive.

If marijuana becomes legal, Osborne emphasized how the cannabis industry is in the position to easily become marginalized because of the lack of diversity.

“It is more than a criminal justice, social justice (issue), it is a racist system and it has been allowed to stay that way and if we don’t have a diverse cannabis industry, it will be one more industry that people of color aren’t allowed to participate and it will be intentional,” Osborne said.