Skip to content
Guest Columns
February 1, 2021February 2, 2021 Annette
We are part of The Trust Project

In the wake of the murder of George Floyd, communities across the country are standing in opposition to the injustices suffered at the hands of the police.

In response to the outcry, Gov. Andrew Cuomo issued Executive Order 203 last June requiring police reform. Calling for a collaborative process of trust and transparency, stating “Collaborative is the key word. It would be a mistake to frame these discussions as an adversarial process…” The intent of Executive Order 203 is to eliminate racial inequities in policing, and it identifies victims of these inequities as predominantly “Black and African-American men.”

The Village of Ossining, a Democratic community 35 miles north of Manhattan, attempted to first exclude the community entirely, with closed-door meetings and establishing the foundation for this important work. Ossining originally began negotiations with the International Association of Chiefs of Police (IACP) without community input. After key community members discovered their clandestine dealings, Ossining changed course and formed the working committee consisting of names frequently found on mayoral-appointed boards.

Upon reproach, Ossining altered course, yet continued to limit the voices in the community. This time those of Black men, by appointing committee members who have good standing and/or are relatively new to the community; a pastor and police officer are the only Black men. After continued protest, one Black man was added at the eleventh hour.

I was one of a handful of people that immediately stated my desire to serve. Officials strategically reached out to fill the committee with other representatives from boards and organizations in the community. Notably, not one citizen from the community at large that was not already representing a board or office was contacted. No Black men, no Black youth, no Black organizations.

In September, I e-mailed now-former mayor Victoria Gearity, asking about an alleged “application process,” among other things. After the mayor’s initial reply, to date only Trustee Omar Lopez has replied to e-mail, and now a phone call with the newly-elected Mayor Rika Levin. Neither Gearity nor County Legislator Catherine Borgia have answered e-mails from persons of color who are looking for answers or who are seeking support and guidance.

Gearity, now a senior adviser to state Sen. Elijah Reichlin-Melnick, in her only e-mail to me referenced George Floyd in an incredibly inappropriate manner, stating “more than one woman spoke about her son…And perhaps that is fitting, given that George Floyd’s final act was to call for his mother,” this in reference to having Black women serve on the working committee instead of Black men.

During what was supposed to be a trust-building and transparent process, Black men have been told that “it is too late” or “just move on.” Time and time again, Black people are told “just move on.”

When protesting racial injustices, Black citizens are first victims of the police brutality and then portrayed as villain by the media and other communities. Case in point: George Floyd went from a father lying dead in the street after 8 minutes and 46 seconds of strangulation by a police officer, to being portrayed as an accused abuser and ex-drug dealer.

We are vilified and labeled as “looters” and “thugs” for looking for answers, for asking questions, for wanting someone to acknowledge that our lives matter. We are denigrated for fighting against systemic racism, injustice and of the murders of people who look like we do.

I still must have “the talk” with my son, as my father had to have with me. I still hold on to the pain of my father’s stories of growing up in the South in the 1960s. Internalizing the agony of hundreds of years of injustice as a marginalized part of society of fighting for equity, only to be told to “move on.”

Why are more Black people not involved? The answer is simple: We are tired, after years of eroding trust in any process, continued injustices. We are tired of screaming, asking to be seen and time and time again no one answers, no one sees you.

This was supposed to be the point in history where we become a better nation. The executive order insisted on an inclusive process of trust and transparency. Sadly, for Ossining, it is business as usual and political leaders have obscured the process, appointed members to the committee who enjoy privileges that come with their titles and effectively ignoring the intent of the order and ignoring Black citizens who have begged for a seat at the table. We are unwilling to just move on. This time we need to be heard.

Jermain Smith is a Village of Ossining resident.

Menu Movers & Shakers: Where To Celebrate the Holidays 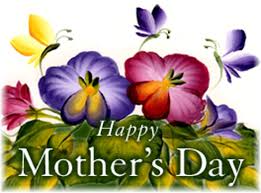 MENU MOVERS AND SHAKERS: Mother’s Day Venues for Every Palate