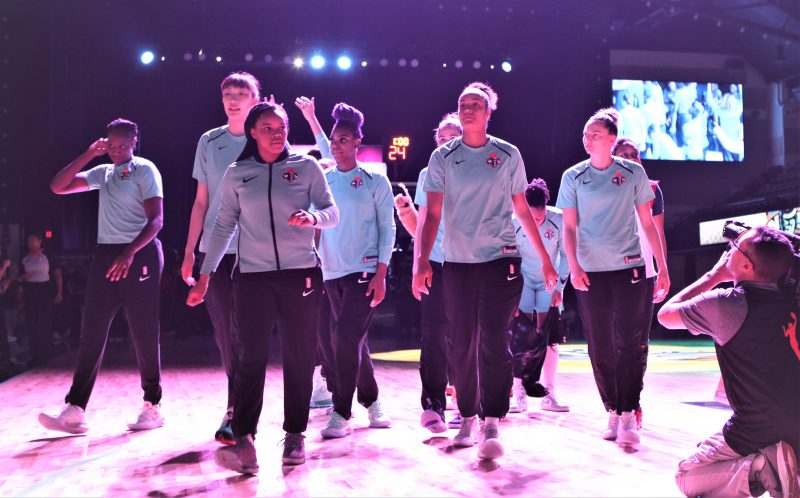 The NY Liberty departed the Westchester County Center their home court for the past two years after losing to the Indiana Fever in their final home game of the 2019 season. It is still a mystery where new team owner Joe Tsai, who is presently the sole owner of the Brooklyn Nets, will make a home for the Ladies of Liberty in 2020. Albert Coqueran Photos

The NY Liberty concluded their 2019 season by defeating the Atlanta Dream, 71-63, in Atlanta, on Sunday. Nonetheless, the season finale victory, which ended a six-game losing streak, will not do much to improve a disappointing season for the Ladies of Liberty.

The Liberty finished the season with a dismal 10-24 record, which put them in 11th place out of 12 teams in the WNBA. Noting that the initial eight teams regardless of Conference advance to the WNBA Playoffs; there will be no postseason for the Ladies of Liberty in 2019.

The Liberty concluded their second and possibly final season at the Westchester County Center with an 86-81 loss to the Indiana Fever in front of 2301 fans. The Liberty were winning through three quarters, 74-65, but were outscored by the Fever, 21-7, in the final period.

Besides their disappointing season this year, where the Liberty’s home court will be in 2020, remains one of the mysteries surrounding the franchise. The team was purchased by Joseph Tsai, who is presently the sole owner of the Brooklyn Nets and Barclays Center. Tsai purchased former owner Mikhail Prokhorov’s 51% interest in the Nets and ownership of the Barclays Center in August. Upon approval by the NBA Board Governors, Tsai will become the NBA Governor of Nets and Chairman of the Board of the Barclays Center.

Tsai purchased the Liberty on Jan. 23, 2019 and they have been playing as an independent entity in the WNBA this season. Where Tsai’s recent purchase of the Barclays Center conglomerate leaves the NY Liberty is a question yet to be answered.

The Liberty played one regular season and one preseason home game at the Barclays Center this season. However, their remaining 15 homes games were played at the Westchester County Center.

Was it a deterrent for the Liberty not being aware where their home court would be next season as they struggled through a 10-24 record this year? That is another mystery. But considering the talent on their roster, one would have to believe that unknown factor affected the team negatively.

“Not at all honestly,” commented Head Coach Katie Smith regarding if the conversation arose often within Liberty camp regarding their home court situation next season. “We are just focused on trying to finish the season strong. Obviously, we aware about what they are doing on the other end but it does not even remotely pop in our heads,” concluded Smith, after the Liberty’s final home game this season and “possibly” final game at the Westchester County Center.