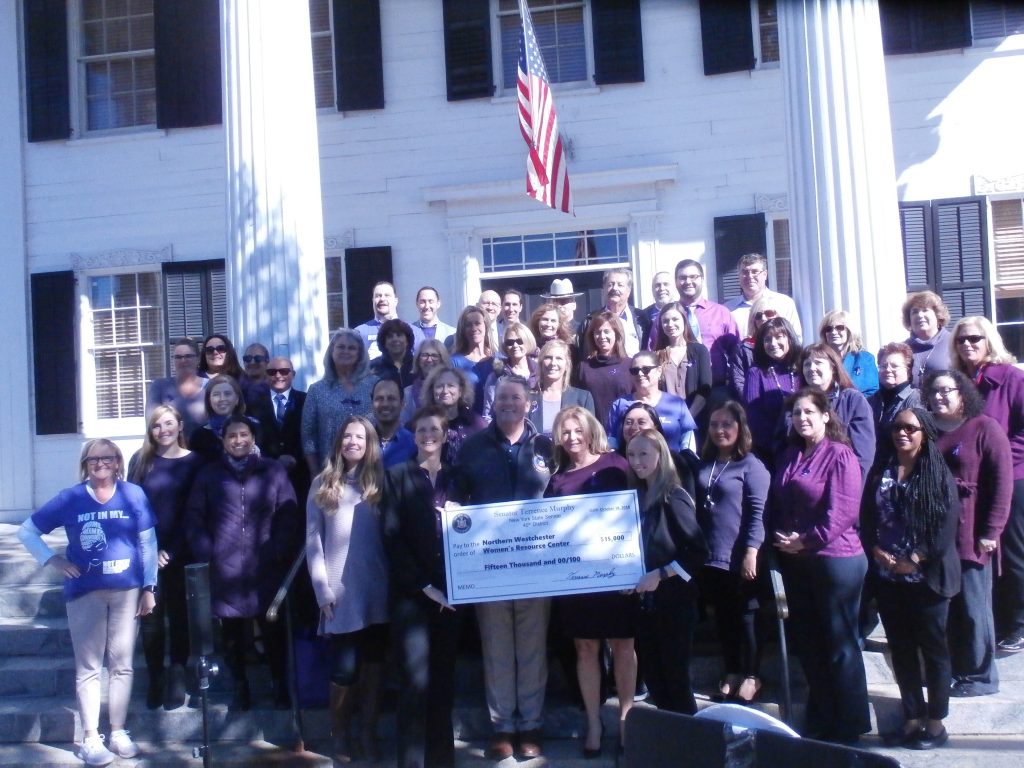 A second office for the Putnam- Northern Westchester Women’s Resource Center could be open within the year, it was revealed last week as county workers gathered to shine a light on domestic and sexual abuse.

During a gathering last Thursday on the steps of the Historic County Courthouse in Carmel, County Executive MaryEllen Odell, in conjunction with the women’s resource center, the county and Putnam Valley, announced a location would be provided for women’s resource center personnel on the west side of the county in hopes of making services more accessible to residents in Philipstown and Putnam Valley.

Women’s resources executive director Ann E. Ellsworth said the Putnam Valley location would give residents from the west side of the county seeking services, including advocates, counselors, therapists and supports groups, the chance to get the help they need without the extensive travel. Right now, the resource center only has a location in Mahopac near Route 6.

The building, located off Peekskill Hollow Road, still needs to be fixed up, Ellsworth said, with the hope it could open within the year.

Also during the short event that brought about 50 county workers together decked out in purple, NYS Sen. Terrence Murphy presented a $15,000 to Ellsworth and the women’s resource center. The center has served victims of domestic abuse 24 hours per day for the past 40 years.

Since several celebrities and other public figures have been exposed for committing different forms of domestic and sexual abuse and harassment, Ellsworth told The Putnam Examiner the center has seen an uptick in calls.

Ellsworth said there was an increase in hotline calls during that time frame earlier this year and also there was an uptick in calls during the hearings for Supreme Court candidate and now-Justice Brett Kavanaugh, who was accused of sexual abuse dating back to when he was in high school. There was a 200 percent spike in calls nationwide as a result of those hearings, she added.

“It really triggered them to ask for help, or to see if they needed help or to ask questions about what happened to them,” Ellsworth said.

On the other hand, District Attorney Robert Tendy said there haven’t been more complaints filed with his office since many high profile sexual assault cases came to light.

Tendy urged victims of abuse to speak to someone.

“You’ve got to talk to someone because it’s a very lonely place for women that’s in that position, it’s a really lonely place,” Tendy said. “The first step is talking to someone and maybe you can get some help and get out of a bad situation that you’re in.”