Skip to content
The White Plains Examiner
May 12, 2017 Pat Casey
We are part of The Trust Project

On January 2, 2017, at approximately 12 a.m., the defendant, an off-duty New Rochelle Police Officer was out drinking with friends including the victim at a bar in Dobbs Ferry. After a period of time, they drove to White Plains to frequent another bar.

Just before 3 a.m., all four men left, taking two vehicles. The victim got into the passenger seat of the defendant’s SUV. The defendant drove southbound on Mamaroneck Avenue and eventually headed back northbound at which point he crashed into a parking meter, a stop sign and into a tree in front of the CVS located at 325 Mamaroneck Avenue.

The White Plains Police and Fire Departments responded to the scene. The victim had sustained serious injuries and was unresponsive. He was given CPR at the scene and was then taken to White Plains Hospital where he was pronounced dead.

The defendant was pinned in the driver’s compartment. He needed to be extricated from the vehicle. The defendant suffered extensive injuries to one of his legs.

He was taken to Westchester Medical Center. Samples of the defendant’s blood were obtained via a court order and search warrant. Analysis of those samples showed that the blood alcohol content (BAC) at the time of the crash was more than .18 percent.

This case is being prosecuted by Assistant District Attorney Julia Cornachio, Chief of the Vehicular Crimes Bureau. 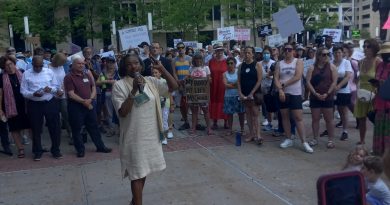